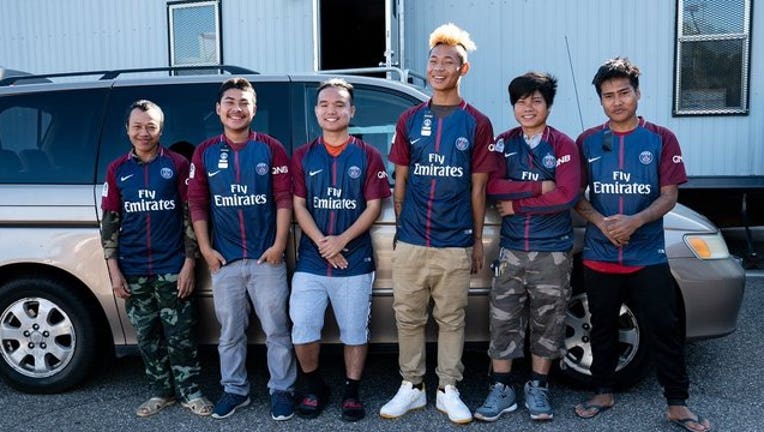 EAGAN, Minn. (KMSP) - A local soccer team has their jerseys back after the Eagan Police Department recovered them earlier this week while making an arrest.

Officers arrested a man for theft and several other charges on Tuesday. During the investigation, they recovered more than $1,000 in stolen clothing, including 40 brand new youth soccer uniforms.

The jerseys were emblazoned with "Karen Youth United," but police were unable to locate any team by that name, so they reached out to the public to help spread the word.

Members of the soccer program saw the police department's Facebook post and were able to provide a receipt for the uniforms. Eagan police spokesperson Aaron Machtemes said the jerseys had been shipped from Thailand and was believed to have been stolen off someone's porch.

The soccer program is based out of St. Paul and and reportedly serves both youth and young adults.