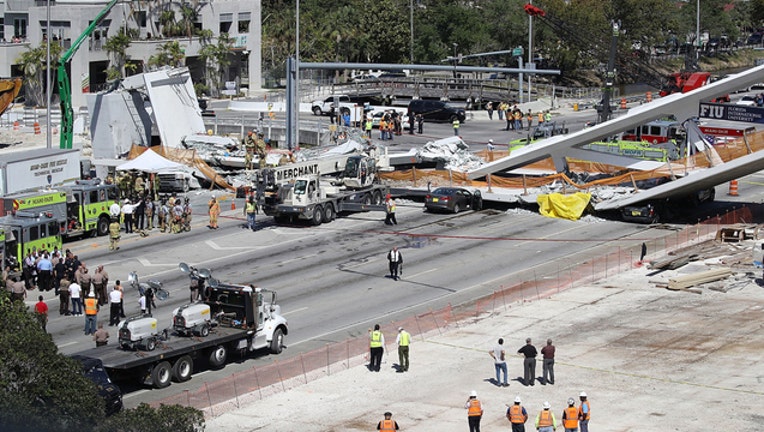 Rescue units work at the scene where a pedestrian bridge collapsed a few days after it was built at Florida International University on March 15, 2018 in Miami, Florida. (Photo by Joe Raedle/Getty Images)

MIAMI (AP) - Florida officials say two days before a catastrophic bridge collapse in Miami, an engineer left a voicemail saying some cracking had been found at one end of the span.

However, the voicemail to the Florida Department of Transportation wasn't picked up until after the collapse. The engineer said in the call he didn't believe the cracking posed a safety issue.

Federal transportation safety officials said Friday night that they don't know if any cracking was related to the collapse.