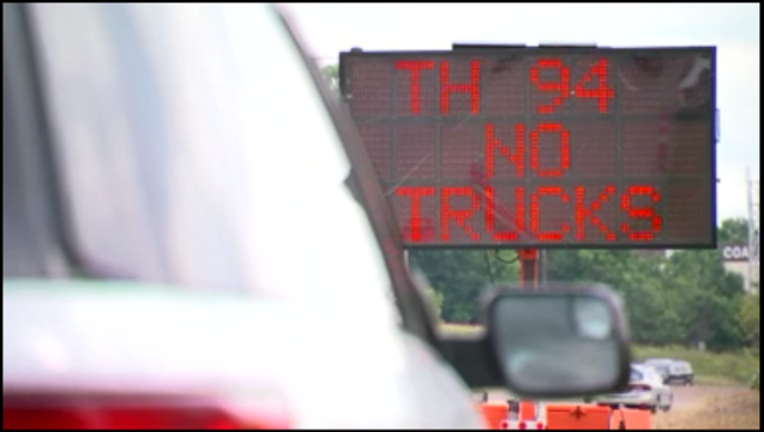 MINNEAPOLIS (KMSP) - The Minnesota State Patrol is implementing a "zero tolerance" practice while monitoring the Lowry Tunnel due to large trucks continuing to use it.

In June, a restriction banning any truck weighing more than 9,000 pounds from using the tunnel went into place, though many truckers ignored it.

The truckers that continued to use the tunnel caused injuries and damage to the tunnel and their trucks. A statement by the State Patrol on their Facebook page said this problem continues to persist.

Semi-trucks are not the only reason law enforcement is implementing this "zero tolerance" policy.

According to the State Patrol, troopers monitoring the tunnel stopped 179 vehicles, and issued 159 citations between June 28 and July 5. Most of these were due to speeding, including one person driving 91 miles-an-hour.

The zero-tolerance practice will target semi trucks, busses and any speeding vehicle in or around the tunnel.

"All motorists must follow the posted speed limits," said a statement by the State Patrol. "To keep themselves, other motorists and construction workers safe."