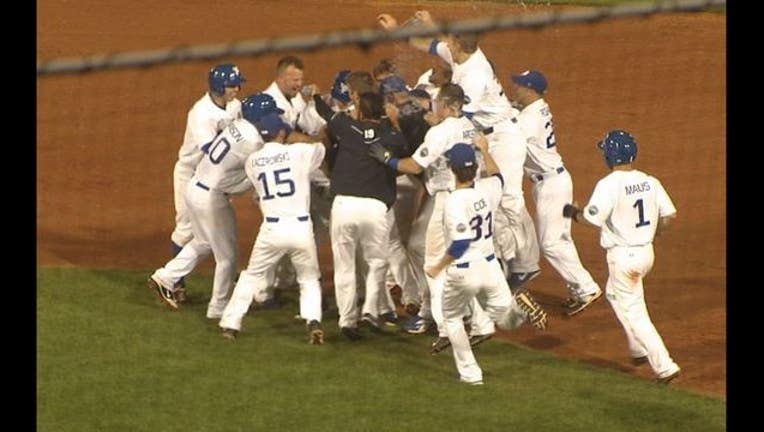 ST. PAUL, Minn. (KMSP) - The St. Paul Saints are heading back to the American Association Championship Series after a victory Saturday night.

The Saints took down the Gary SouthShore RailCats by a score of 1-0 Saturday to win the best-of-five series 3-1.

The American Association Championship Series begins Tuesday at CHS Field in St. Paul where the Saints will take on either the Sioux City Explorers or the Kansas City T-Bones.

The Explorers won Saturday forcing a game 5 against the T-Bones Sunday at 6 p.m. in Kansas City. The winner of that game will travel to St. Paul for games Tuesday and Wednesday night at 7:05 p.m.

According to saintsbaseball.com, this is the Saints’ first appearance in the championship series since 2011.

Fans can purchase tickets at saintsbaseball.com or, starting Monday at 9 a.m., call 651-644-6659 to attend one of the championship series games.