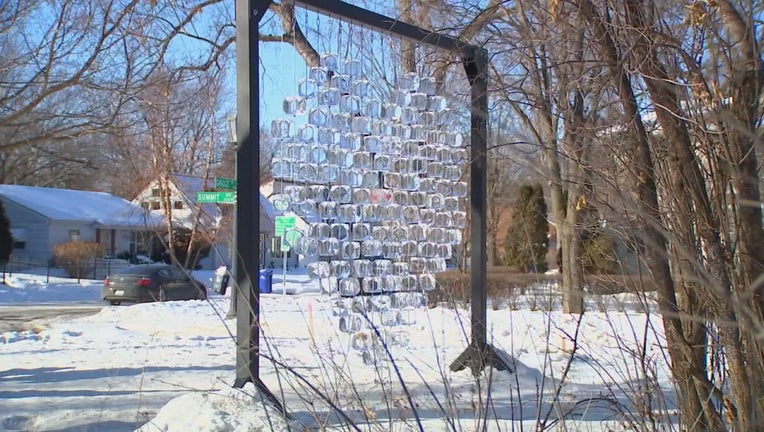 ST. PAUL, Minn. (FOX 9) - An ice sculpture installed in St. Paul, Minnesota by an anonymous artist was removed by the city’s parks and recreation department Tuesday.

According to a city spokesperson, the piece was installed without permission and was therefore removed. Parks and recreation maintenance teams removed it due to safety concerns. Specifically, the piece included heavy beams that were not properly secured, which the spokesperson said posed a public safety risk.

The piece was disassembled and returned to the artist, the city says.

The sculpture was placed on Summit Avenue and Griggs Street near the Ayd Mill Road Bridge before it was removed.