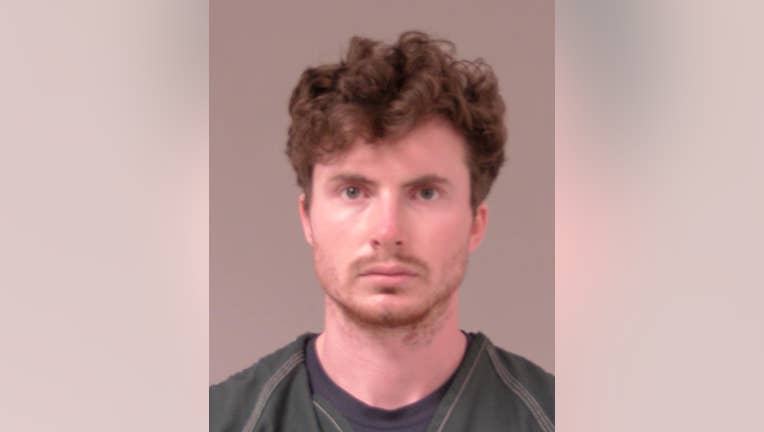 SHAKOPEE, Minn. (FOX 9) - A 23-year-old Minneapolis man has been charged with second-degree murder after he allegedly went into a Shakopee, Minnesota home and fatally shot a 65-year-old unprovoked.

Brady Daniel Zipoy faces up to 40 years behind bars.

According to the criminal complaint, Monday around 7:22 p.m. Shakopee police officers responded to home on Paha Circle after learning someone had broken into the home and shot the caller's grandfather. A second caller reported that a man had also fired shots outside their home.

When officers arrived, they saw Zipoy running out of a driveway and arrested him.

The first caller explained to police that she was with the Guion when they heard noises upstairs. He walked to the bottom of the stairs and called out when Zipoy started coming down the stairs. Guion asked,"Can I help you?" Zipoy then apparently said, "Yeah" and shot the Guion three times from about six feet away. Zipoy then went back up the stairs. The woman alerted others by yelling, "Someone just shot grandpa."

Another witness, who lives at a different home, told police he had invited Zipoy to hang out. He said Zipoy had been smoking marijuana and had made comments that night that scared him. He says at one point, Zipoy abruptly left the home, drove off and several minutes later the witness heard "loud bangs" outside his home. Closer to 7:20 p.m., the witness saw Zipoy on the home surveillance system running in his driveway. The witness told his fiance to lock herself in the bedroom and call 911. Video surveillance shows Zipoy was firing shots while running to the witness' home.

According to the witness, Zipoy has been struggling with Post-Traumatic Stress Disorder since leaving military about two years ago. The witness told police Zipoy's behavior had become "increasingly bizarre" leading up to the shooting. He also knew Zipoy was "a big gun guy" and always carried a firearm.

During a police interview, Zipoy admitted going into the Guion's home and shooting him with a 9mm Glock 20. He also told police he fired several shots outside the witness' home.

Zipoy is in custody at the Scott County Jail. He has a bail hearing scheduled Thursday morning.