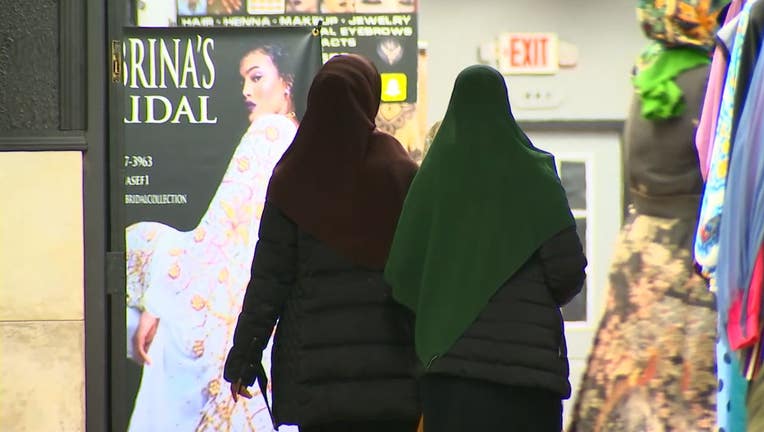 MINNEAPOLIS (FOX 9) - President Donald Trump’s speech at his campaign rally in Minneapolis Thursday night took many turns and included some familiar topics, like attacking Minnesota Congresswoman Ilhan Omar. Not long after, his speech turned to refugees from Somalia.

“As you know, for years, leaders in Washington brought large numbers of refugees into your state from Somalia without considering the impact on schools, communities and tax payers,” said President Trump at the rally as loud boos grew from the crowd.

Members of the Somali community are reacting to comments made by President Donald Trump at his campaign rally in Minneapolis.

It was a moment that struck a nerve with members of the Somali community in Minneapolis.

“People don’t like it, especially people new to America, ‘Why is he saying this? What did we do wrong to him?’” said Mohamed Ali Hassan of the Somali American Peace Council.

“He’s my president, but it’s still hard for me, the words he said,” said Abdullahi Ahmed, a business owner.

“We are just very disappointed, not just Somalis, but all immigrants,” said Hassan. “What he is doing? It’s really bad especially for this country.”

Some say they are feeling not just disappointment, but also fear.

“But the words right now the president says, it actually tugs at my heart and I have kids, two young kids,” said Ahmed. “She’s 11 years and my son is 13 and I’m scared for my kids in a way.”

They say they want the president to understand having a diverse America is part of our fabric.

“It’s beneficial for us all the different ethnicities,” said Hassan. “It’s our strength, it’s not our weakness, you have to be open-minded.”

Hassan says the president’s words matter and can leave a lasting impact.

“Words matter, you have to think about it, our kids, American kids, whether they’re Somali or not Somali they listen to these things,” said Hassan.