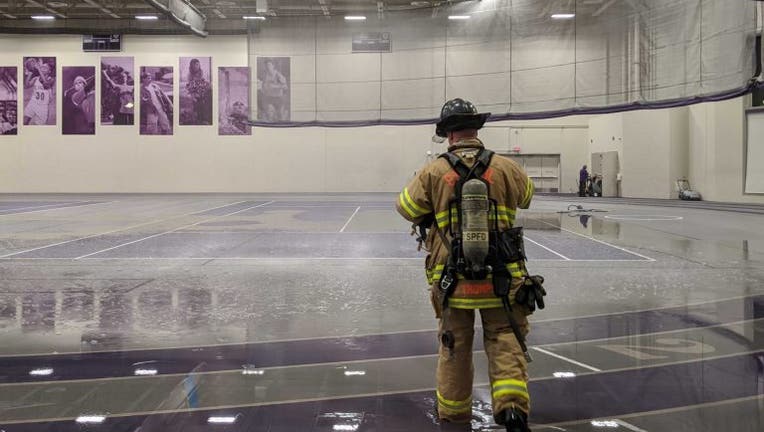 ST. PAUL, Minn. (KMSP) - Crews at the University of St. Thomas were busy last night working to clean up after two separate flooding incidents on campus.

In a release, the university said the first incident started around 7:30 p.m. when a softball hit a sprinkler in the Anderson Athletic and Recreation Complex, causing the fire suppression system to spray water. The university's facilities management staff and the St. Paul Fire Department responded to clean up the mess.

Less than an hour later, the groundwater pump system at O’Shaughnessy Education Center failed and more than a foot of water flooded the electrical vault, causing the power to go out and the primary fuses to be replaced.

The repair work was completed and the power restored around 11:45 p.m. Monday.