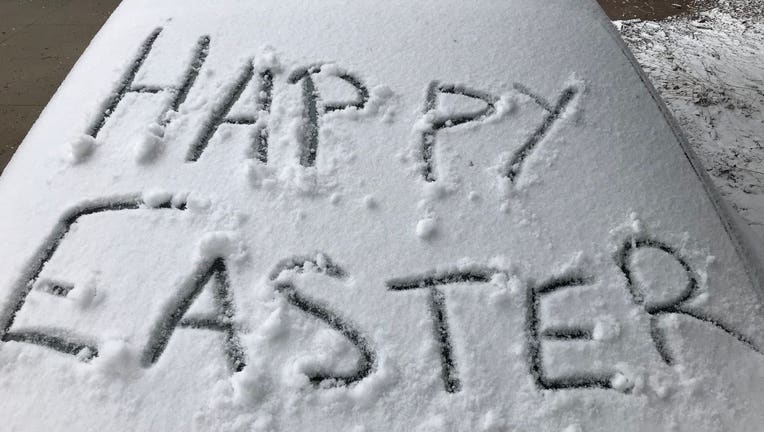 It was a white Easter in the Twin Cities metro area and in southern Minnesota Sunday.

Minnesotans are not strangers to April snowstorms, but it was a stark change from yesterday's warmth to Sunday's snow.

Snow blanketed the region, falling at about an inch-per-hour at times in the Twin Cities metro area as temperatures hovered around 30 degrees. 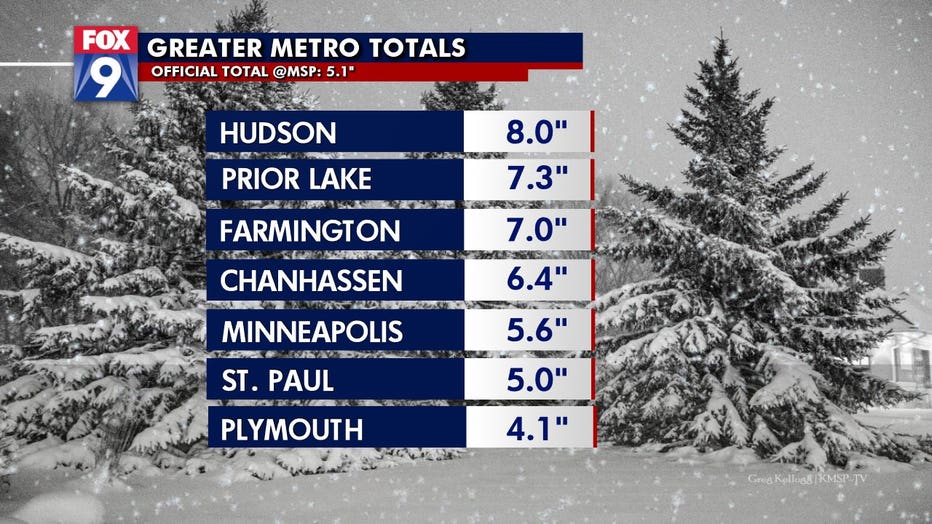 Southern Minnesota saw some of the highest totals, with Wabasha recording 10 inches of snow. Across the border, Hudson, Wisconsin measured 8 inches in the area. Prior Lake and Farmington both notched more than 7 inches, Chanhassen reported 6.4 inches and Minneapolis and St. Paul both reported more than 5.

It was a snowy Easter Sunday for most of the Twin Cities and southern Minnesota area as heavy, fat snowflakes fell at a rate of almost an inch per hour.

Areas north and west of the Twin Cities went snow free and there will be a tremendous snow total gradient across the Twin Cities metro area. The lowest totals will be north of the downtowns of Minneapolis and St Paul and much higher totals in the south and southeast metro area. 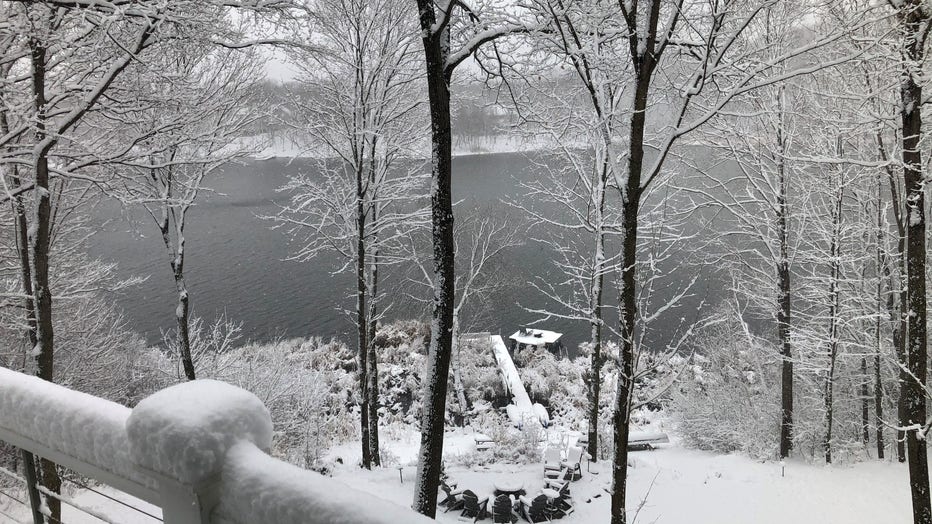 A backyard overlooking Silver Lake in Excelsior, Minn. is blanketed in snow on Easter Sunday 2020.

Sunday afternoon, FOX 9 meteorologist Cody Matz noted a "deformation zone" had formed over the Twin Cities metro area, which is a heavy band that does not move much until it has dissipated.