LOS ANGELES - After nearly a decade, Skittles is permanently bringing back its lime-flavored candy to its Original packs.

Lime fans can expect the flavor to return sometime in October, Skittles confirmed in a press release.

The packs will also include orange, lemon, grape and strawberry.

For years, the lime flavored skittle was the staple green treat in the packs since the candy was first introduced in 1979.

But fans of the citrus flavor were disappointed when the candy company decided to replace the flavor with Green Apple in 2013.

Fans were so Irate about the change that an online petition was created that eventually garnered more than 6,700 signatures. 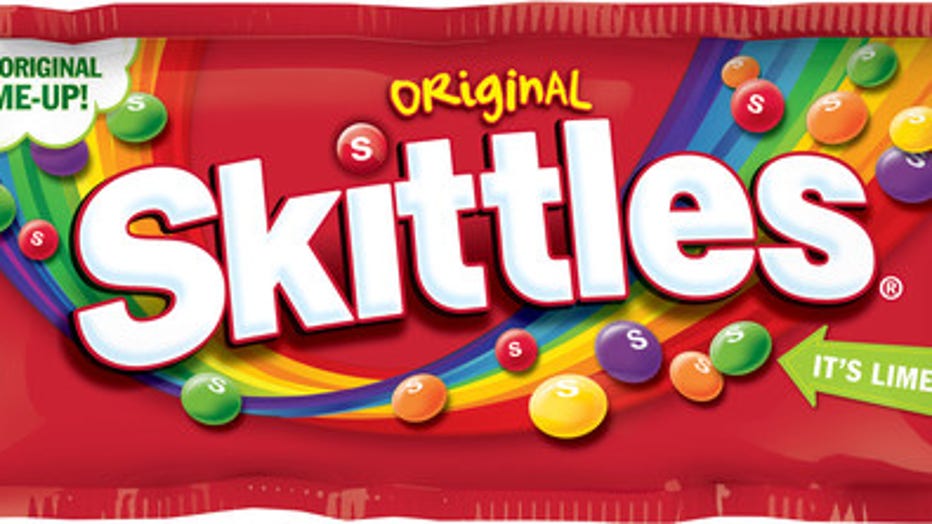 Mars Wrigley is bringing better moments to lime fanatics, with the return of Lime to SKITTLES Original Packs (Skittles)

"We've got a problem. Enough is enough. It's time to do away with this Green Apple bullsh*t and bring back the lime skittle," the petition writes. "We know why you changed it, and we understand. We're not upset with you; we just want our darling lime back."

"It’s no secret that Lime has been a hot topic for SKITTLES fans since we replaced them with Green Apple back in 2013. Green Apple has had a good run, but the fans have spoken and it’s time for Lime to return to the rainbow," Fernando Rodrigues, Senior Brand Manager of Mars Wrigley, the company that owns Skittles.

"What better way to bring better moments to our loyal fans, than with the return of the most asked about flavor? The joy of Lime can’t be denied anymore. It is back. This time for good."

Following the original flavor’s return in October, the candy will receive a nationwide roll-out across 2021.