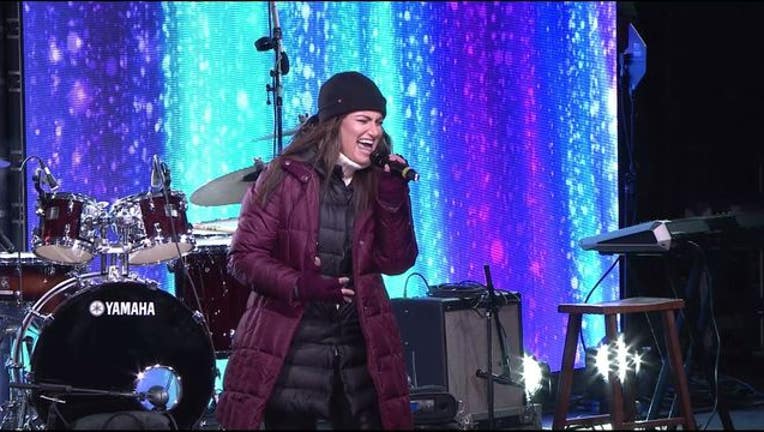 MINNEAPOLIS (KMSP) - Singer and actress Idina Menzel may be the voice of Elsa the ice queen, but she may still need to learn a little bit more about the cold.

Menzel helped kick off festivities at Super Bowl LIVE along Nicollet Mall by singing the hit song "Let it Go" from the movie "Frozen." But a few hours before taking the stage, she posted a picture from sound check that raised the eyebrows of Minnesotans.

"Whoever said 'The cold never bothered me anyway' has never been to Minneapolis," she tweeted.

While many Minnesotans may normally embrace that statement as a badge of honor, the high temperature in Minneapolis Friday was 47 degrees, which is well above freezing.

To be fair, Menzel may have been just quoting one of the lines from her song, but next time maybe check the forecast.