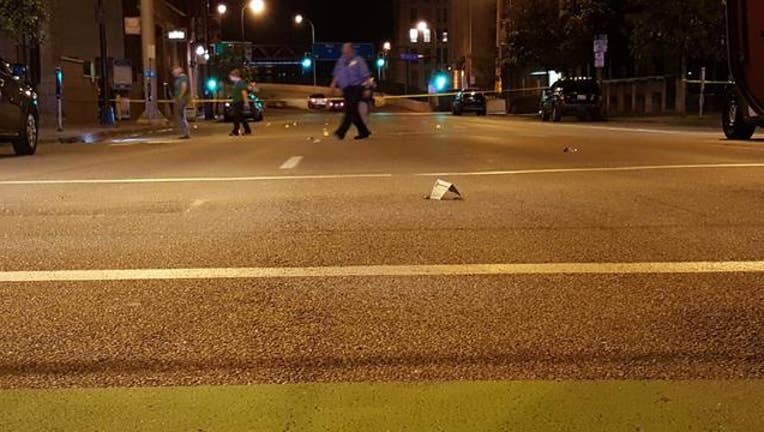 North 3rd Street in Minneapolis is littered with bullet casings after a shooting at the corner of 1st Avenue.

MINNEAPOLIS (KMSP) - Three people were injured after a shooting outside of Jackson’s Hole bar in downtown Minneapolis overnight. According to police, the bartender called 911 at 1:20 a.m. to report the shooting near 1st Avenue and 3rd Street.

Officers found the street littered with shell casings, but no victims were present. Investigators learned several people were driven to the hospital.

While investigators talked to witnesses at the scene, officers headed to HCMC, where they found 3 victims with gunshot wounds. Their conditions are not known, but all 3 are expected to survive.

Crime scene investigators spent several hours collecting evidence, but it's not known if the victims were targeted or caught in the cross fire.