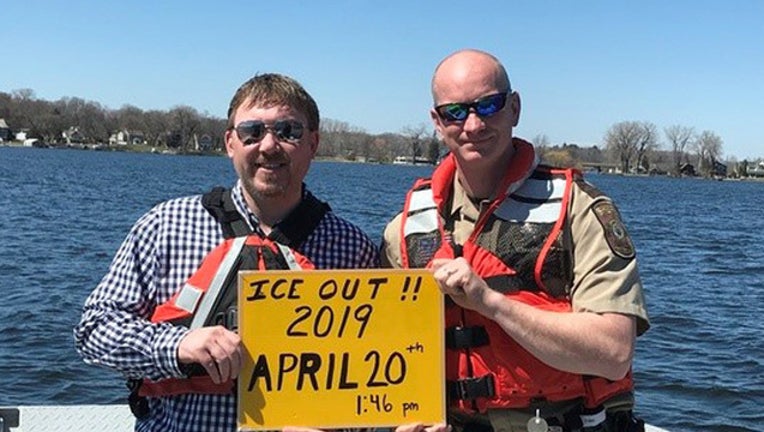 The Sheriff’s Office partners with Freshwater each year to make the official declaration. This year’s ice out occurred at approximately 1:46 p.m.

The Hennepin County Water Patrol routinely patrols the 14,500 acres of the lake to monitor ice thickness.

Saturday, HCSO deputies were able to safely pilot a patrol boat through all of the lake’s channels and bays without any ice interference, which led to ice out declaration Saturday afternoon.

According to the Sheriff’s Office, last week’s snow storm and this week’s rainfall helped accelerate the melt.

“We know that people always look forward to getting back on the water, especially after a long and difficult winter like the last one,” said Hennepin County Sheriff David P. Hutchinson. “We would like to remind everyone to keep basic water safety in mind, so they can have a long, healthy and enjoyable boating season.”

Although boating season is officially underway, the sheriff’s office is urging people to be cautious early in the season. Their recommendations include: