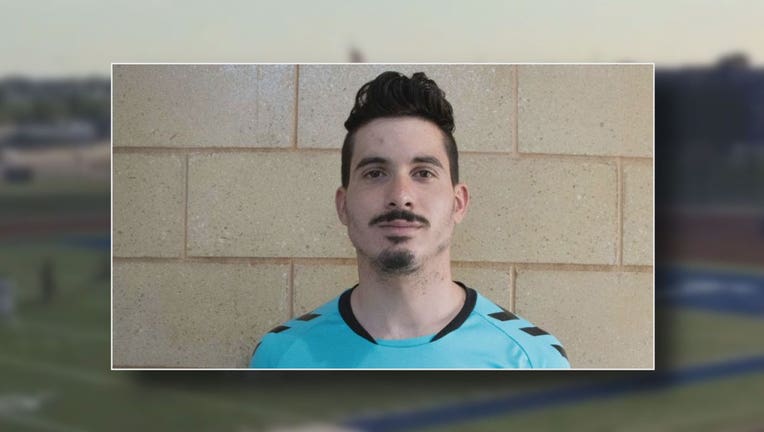 Gal Illyeshev, a semi-pro soccer player in Rochester, Minnesota, was seriously injured in a match. Now his teammates and the community are coming to his aid.

ROCHESTER, Minn. (FOX 9) - What started as a normal game for the Med City FC soccer team, ended with one of their players badly injured and facing tens of thousands in medical bills.

The minor league team from Rochester was playing the Sioux Falls Thunder FC when the goalkeeper Gal Elyashiv collided with an opposing player.

What started as just another game for Rochester’s semi-pro soccer team Med City FC ended with one of their players badly injured and facing tens of thousands of medical bills.

Elyahiv suffered several facial fractures, split lip, and a concussion. After a few visits to the emergency department, and surgery at the Mayo Clinic, the player now faces medical bills totaling more than $50,000.

Like many of the international players on the team, Elyahiv doesn’t have health insurance. As a small organization that barely breaks even, the team can’t afford to offer it. But Spaeth knew that had to do something, so he started an online fundraiser.

The Go Fund Me page raised more than $25,000 in only three days, with donations pouring in from around the world. But with bills doubling that amount, Spaeth is hoping to raise even more for the 25-year-old.

"Right now, just the expenses at Mayo Clinic, we’re looking at probably somewhere over $50,000 and that doesn’t even include the time we spent in Sioux Falls at the hospital there," said Spaeth.

Teammates say Elyahiv doesn’t yet know about the overwhelming support he’s received, as he’s been in so much pain recently. But they say there is no one more deserving of the generosity.

"He’s one of our family members and we’re just trying to help him out," said teammate Jack Hilton-Jones.