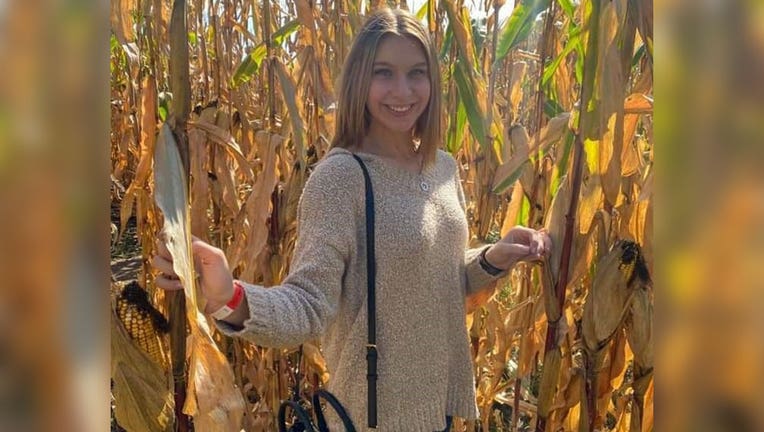 Minnesota State Patrol says a 35-year-old Winona man under the influence of alcohol was driving a Chevy Silverado northbound on the southbound lanes of Highway 61 around 12:45 a.m. Saturday when the truck collided with a Camry Toyota at the intersection of Highway 61 and Highway 43.

A Winona State student dead and two others injured in Winona, Minnesota after a wreck involving a drunk driver, Minnesota State Patrol reports.

The other passenger, a 20-year-old woman from Stevens Point, Wis., died from her injuries. State Patrol identified the victim as Hannah Goman.

Goman was a sophomore studying social work at Winona State University, according to a statement from the university. The Winona State Dance Team wrote that its Saturday night "Dancescape" performance was dedicated to Goman "to honor a life lost too soon."

The driver and the female passenger, ages 35 and from Winona, inside the truck were not injured in the crash. UPDATE: Adam Samuel Anderson was charged Tuesday, Feb. 22 with criminal vehicular homicide and criminal vehicular operation under the influence of alcohol, in connection to the fatal crash.

Road conditions were dry at the time of the crash.

State Patrol is investigating the crash.

Winona State University is making support counselors available for its students after a sophomore at the school was killed by a suspected drunk driver, who was driving the wrong way on Highway 61 just before 1 a.m. on Saturday.

Twenty-year-old Hannah Goman was a sophomore in college, studying social work with the goal of helping those in need. One day after her life was stolen in the horrifying crash at the intersection of Highway 61 and Highway 43, her family and friends are reeling.

"You think it won’t happen to you, [but] it did and it ruins a lot of people’s lives," Hannah’s mother Michelle Strasser-Goman told FOX 9.

Hannah was one of three people in the car that was hit. The other two injured are expected to survive their injuries. "They’re both extremely in shock, extremely broken up," Michelle said.

The other driver is now behind bars, awaiting charges.

"Don’t make one stupid decision that can affect literally a whole community. It’s just not right, it’s not fair," Hannah’s brother Lee said. "When you do something like that you’re not just putting yourself or the people in your car in danger."

"You’re putting everybody else around you in danger," Michelle continued. "You just took away a life of a vibrant, funny, loving, smart, wonderful, soon-to-be 21-year-old, that nobody can come to grips [with]."

The family says Hannah was a regular volunteer at the homeless shelter in Winona; always with a smile on her face and always wanting to make somebody laugh.

"She was just loved by many, and I’m glad that she got to touch as many people as she did," Lee finished.