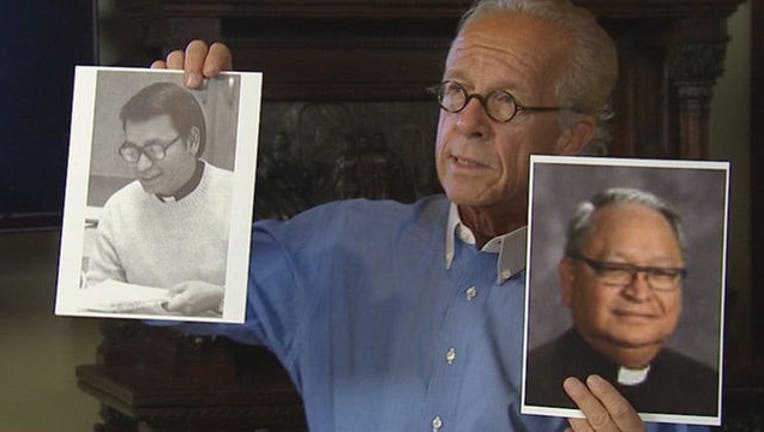 ST. PAUL, Minn. (KMSP) - A lawsuit filed Tuesday accuses Rev. Antonio Marfori of sexually abusing a 15-year-old boy back in 1978, when he was teaching at Cathedral High School in St. Cloud, Minn. The lawsuit names the school and the Diocese of St. Cloud as co-defendants.

Marfori has most recently been assisting the pastor of St. Andrew Parish in Elk River, Minn. with sacramental ministry, but has been removed from the ministry while the allegation is investigated.

Charges listed in the lawsuit include:

The Diocese of St. Cloud has been named as a defendant in a civil lawsuit alleging that Father Antonio Marfori sexually abused a minor in the late 1970s while he was a part-time instructor at Cathedral High School in St. Cloud.

The diocese is reviewing the complaint.

After learning of the allegation, Bishop Donald Kettler removed Father Marfori’s priestly faculties, meaning he cannot function or present himself as a priest, while the allegation is investigated. Father Marfori had been assisting the pastor of St. Andrew Parish in Elk River with sacramental ministry. This was not an assignment from the bishop but an agreement between Father Marfori and the parish to provide sacramental assistance in the parish.

There has been no report of sexual misconduct prior to receiving the present complaint. The allegation has been reported to law enforcement, and the bishop notified the Diocesan Review Board. Father Marfori has been removed from a parish house owned by St. Andrew Parish in Elk River and will live at a residence owned by the diocese in St. Cloud during the investigation.

In light of the allegation and in line with past practice, Bishop Kettler will hold listening sessions in the near future in areas where Father Marfori served. When the schedule and specific locations for the sessions are determined, they will be announced in parish bulletins and from the pulpit; they also will be published on the diocese’s website (www.stclouddiocese.org) and in the diocesan newspaper, The Visitor.

Bishop Kettler continues to encourage all victims of abuse to come forward. Contact information for victim advocates and county officials to whom abuse can be reported is available online at: http://stcdio.org/about/safe-environment/how-to-report-abuse. The diocese’s sexual misconduct policy, first promulgated by the bishop of the Saint Cloud Diocese in 1991 and revised in 2003 and 2007, also is available online at: http://stcdio.org/wp-content/uploads/2013/04/misconduct_policy.pdf. The diocese works to provide safe environments for everyone.