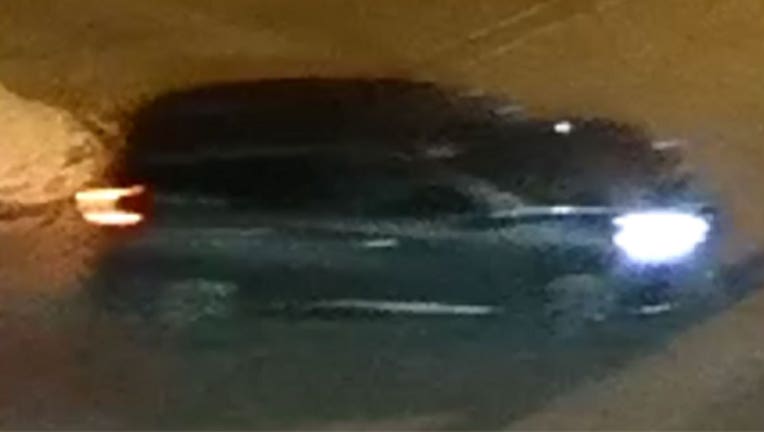 This vehicle is believed to be involved in a drive-by shooting on I-394 in St. Louis Park, Minnesota. (FOX 9)

ST. LOUIS PARK, Minn. (FOX 9) - St. Louis Park police have released new photos showing what they say is the suspect vehicle involved in a drive-by along I-394 last week.

Officers responded shortly before 11 p.m. on Thursday, January 20 for a shooting victim at 1500 Park Place Boulevard. There, the driver told police he was traveling eastbound along I-394 near Dakota Avenue when someone in another vehicle opened fire, hit him multiple times.

Since the shooting, officers say they determined the vehicle involved appears to be a 2014 Nissan Murano, believed to be gray or a similar color. They are asking anyone who was in the area of I-394 or Louisiana Avenue on the night of the shooting to review any dashcam video to see if they captured the suspect vehicle.

Anyone with information or evidence is asked to contact St. Louis Park police at 952-924-2618 or email via police@stlouispark.org.

The victim injured in the shooting is expected to survive his injuries, officers say, and is cooperating with investigators.