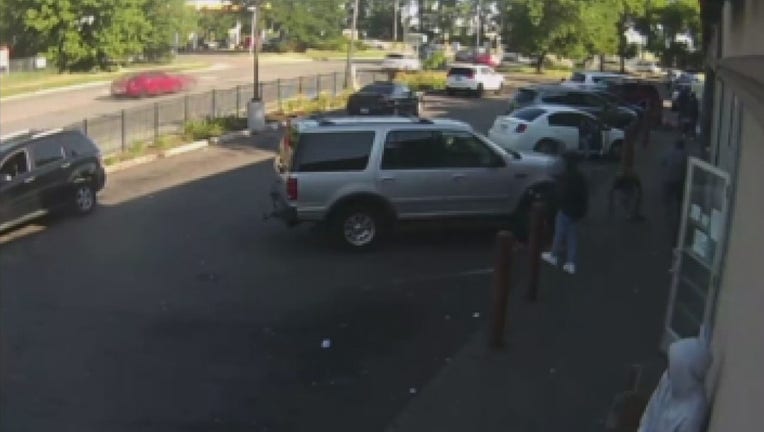 A Brooklyn Park strip mall home to what the police chief calls 'lawlessness' was retaken by police Wednesday.

BROOKLYN PARK, Minn. (FOX 9) - A Brooklyn Park strip mall has become a source of mayhem and violence, but Wednesday police were able to take the area back.

The area, at the intersection of 63rd and Zane Avenues, was home to at least half-a-dozen shootings, in addition to weapons and drug complaints as large crowds gathered in and around the shops deep into the night. Some of the trouble was captured by nearby surveillance cameras.

After several weeks of violent crime at a strip mall in Brooklyn Park, officers took action on Wednesday.

“I’ve never seen this kind of lawlessness in 30 years,” said Chief Craig Enevoldson. “The residents who’ve been around for a long time, also say they’ve never seen anything like this. So, the pressure is on to try to get control.”

Because of anti-law enforcement sentiment and volatility, the Brooklyn Park Police Department took a reactive posture as they were unable to get the upper hand.

“You wouldn’t believe it,” said Enevoldson. “It’s been a lot of public outcry. I can’t believe what’s going on down here.”

Businesses in Brooklyn Park, Minnesota at a strip mall&nbsp;near the Crystal Airport closed early Thursday night in response to two shootings happening within two hours, according to the Brooklyn Park Police Department.

Around noon Wednesday, with the strip mall quiet, the Brooklyn Park Police Department, with the help of Brooklyn Center and the Hennepin County Sheriff’s Office, moved in to saturate the block.

In the process, they arrested one young man on a trespass violation. The plan was quite literally to hold onto the real estate, perhaps for days, and ensure the safety of those wanting to shop there. The department understands that the group might try and return at some point.

“What we’ve seen is folks showing up to cause trouble, showing up later in the afternoon and into the evening,” said Enevoldson. “We tried to get ahead of that. And, hopefully, peacefully solve this problem without having to do other things.”