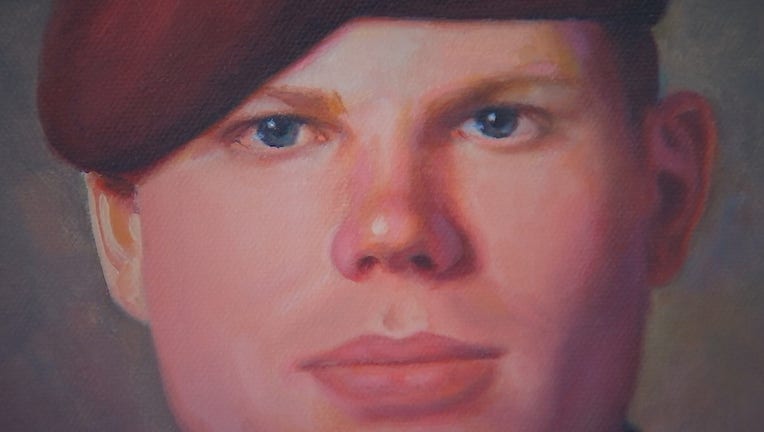 A painting of fallen soldier Ryane Clark hangs in his parent's home in New London, Minnesota.

NEW LONDON, Minn. (FOX 9) - A highway bearing Ryane Clark’s name is one of the few things his parents have left of his memory. He died in 2010 serving in Afghanistan. Now the Gold Star family says what’s happening in the country feels like salt on an open wound.

More than 7,000 miles from their home in Kandiyohi County, Tracy and Rick Clark are watching Afghanistan fall to the Taliban - the evil their son lost his life fighting against, now ultimately winning.

Parents of Minnesota soldier killed in Afghanistan react to withdrawal

The parents of a Minnesota soldier who was killed in Afghanistan reacts to news of the country's withdrawal and the Taliban takeover.

"I wonder sometimes if it was worth it—sending all these troops over for what?" said Rick.

Their son was 22 years old when he was killed by a rocket-propelled grenade. The moment the soldiers came to their door to deliver the news is still etched in their memory.

Ryane didn’t share too much about his deployment, but he believed their mission in Afghanistan was to take out Osama Bin Laden, not build democracy. His dad advocated for U.S. troop withdrawal back then.

"I can’t really blame this administration or the last one, but this should have been taken care of in 2011," said Rick.

Now, they’re left wondering how the exit went so wrong.

"Why are they telling us what they’re doing?" said Tracy. "Why can’t they quietly pull the troops out? Because when they tell us, the Taliban just waits."

When asked if their son’s death is now all for naught, they still stand proud of what he fought for.

"He did his job and he loved his country and I know today he’d do it again," said Tracy.