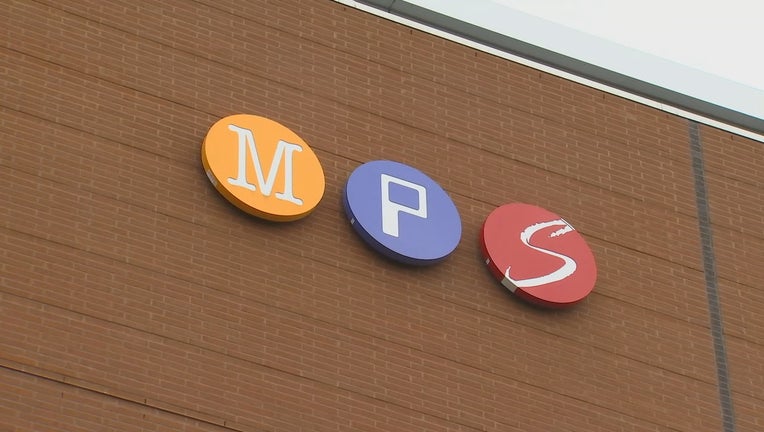 The Minneapolis Public Schools logo on a district building. (FOX 9)

MINNEAPOLIS (FOX 9) - An organization advocating for parents and students in Minneapolis fears there’s not a solid plan in place next week’s distance learning start and that families of color are suffering the most. The group says they are calling for a boycott of Minneapolis Public Schools.

“There’s no support or answers being given when families have simple questions about their laptops or the internet,” said Khulia Pringle, a family advocate for the Minnesota Parent Union.

An organization advocating for parents and students in Minneapolis fears there’s not a solid plan in place next week’s distance learning start and that families of color are suffering the most. The group&nbsp;says they are calling for a boycott of Minneapolis Public Schools.

This group is sharing frustrations ahead of the new school year in Minneapolis, specifically for families of color.

Leading the rally is the Minnesota parent union that formed back in January as a resource for families in state school systems. Tuesday night, their focus was on Minneapolis Public Schools, which is set to begin distance learning next week.

Executive Director Rashad Turner, says MPS is not doing enough to make sure everyone is prepared to learn from home and he wants families to know there are other school choices if they choose to unenroll.

Charisma Ceant’e, a Minneapolis parent who also leads the district’s Black Parent Advisory Council, told FOX 9 she came to hear what the parent union had to say, but says she hasn’t had issues ahead of the new year.

According to the district, MPS is on track to make devices and internet available to all students. The district is also following state guidance on prioritized childcare for essential workers.

“We are in a far different place today than we were when we had to move to emergency learning back in March,” said MPS Superintendent Ed Graff in a statement. “We have benefited from extensive feedback from our staff and the community, and worked tirelessly over the summer to make sure our students of color have adequate technology access, more consistent learning experiences, and regular interaction with their teachers.”

For more information on the district's back-to-school plan, click here.