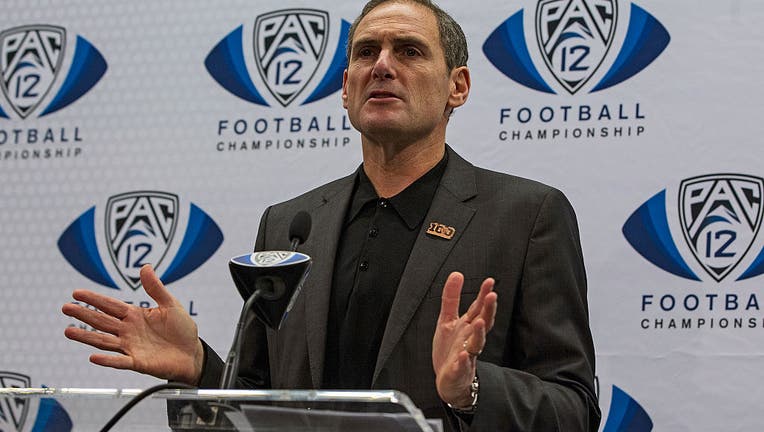 SANTA CLARA, CA - DECEMBER 05: Pac-12 Commissioner Larry Scott speaks during a press conference before the Pac-12 Championship game between the Stanford Cardinal and the USC Trojans at Levi's Stadium on December 5, 2015 in Santa Clara, California. Th

The Pac-12 Conference will soon be searching for a new commissioner.

The conference announced its current commissioner Larry Scott will step down after June 2021. Both Scott and Pac-12 mutually agreed to not seek a new contract, the conference said in a press release.

Scott's current contract is supposed to expire June 2022 but will step down after June 30 "to assist in the transition" for new leadership, the conference said.

Scott was the Pac-12 conference commissioner for 11 years.

"We appreciate Larry’s pioneering efforts in growing the conference by adding new competitive university programs and accelerating the Pac-12 to television network parity with the other conferences," said University of Oregon President Michael Schill. "At one point, our television agreement was the most lucrative in the nation and the debut of the Pac-12 Network helped deliver our championship brand to US and global markets on traditional and digital platforms. That said, the intercollegiate athletics marketplace doesn’t remain static and now is a good time to bring in a new leader who will help us develop our go-forward strategy."