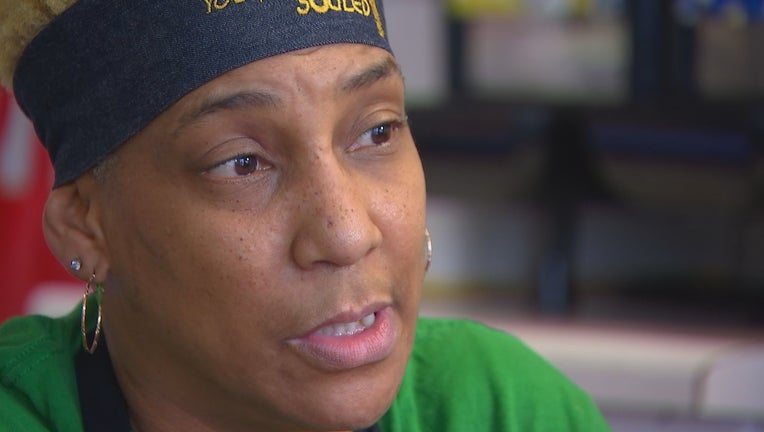 Wendy Puckett, of Wendy’s House of Soul is back on the job after being shot with a pellet gun. (FOX 9)

MINNEAPOLIS (FOX 9) - The owner of a north Minneapolis restaurant in the Near North neighborhood is back to work after she was shot in the face with a pellet gun last month.

“My emotions are still all over the place when I talk about it,” said Wendy Puckett, the owner of Wendy's House of Soul.

The owner of a north Minneapolis restaurant in the Near North neighborhood&nbsp;is back to work after being shot in the face with a pellet gun last month.

Last month, the 48-year-old was leaving her north Minneapolis restaurant on West Broadway Avenue and Emerson Avenue North in the neighborhood when a car drove by.

“I heard some noise and laughter, I literally turned in a split second and it was like, ‘Pow!’” she said. “It stunned me. I tasted my blood first, and then I saw it and I called for help.”

The pellet hit Puckett in the face.

The head chef was forced to close for weeks. However, she wouldn’t be deterred by the act of violence.

“It made me more aware and it just made me be more grateful,” she said.

So far, no arrests have been made.

Now back on her feet, Puckett's scars have healed and her sense of well-being is restored.

“I don’t have time or room to be angry anymore. I don’t want to be angry, so I choose to take the positive of whatever negative happened to me,” said Puckett.