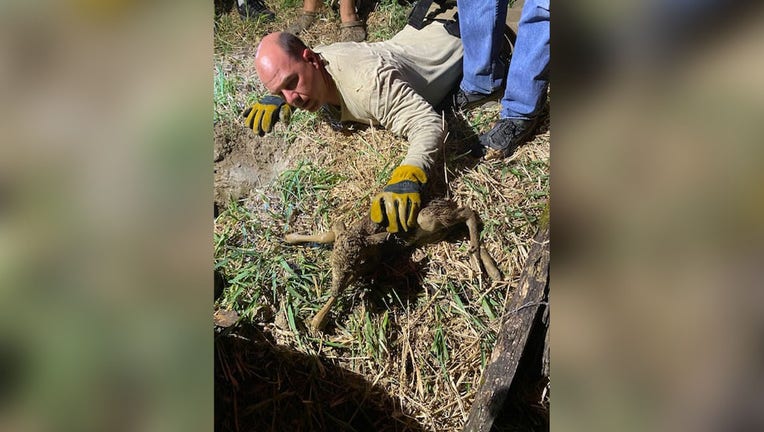 Firefighters in northern Minnesota rescued two newborn fawns from a sinkhole this week. 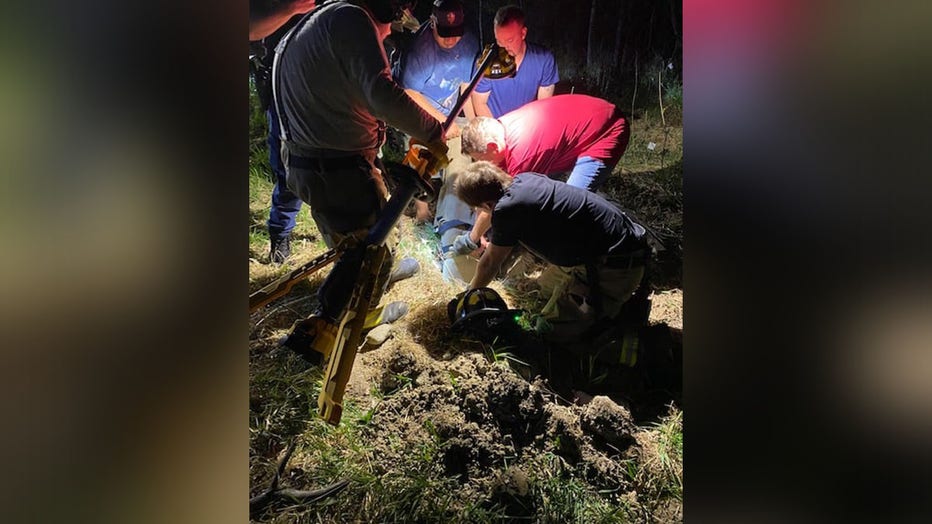 The Chisholm Police Department said the fawns had fallen into what appeared to be a six-foot sinkhole.

The fawns were reunited with their mother.