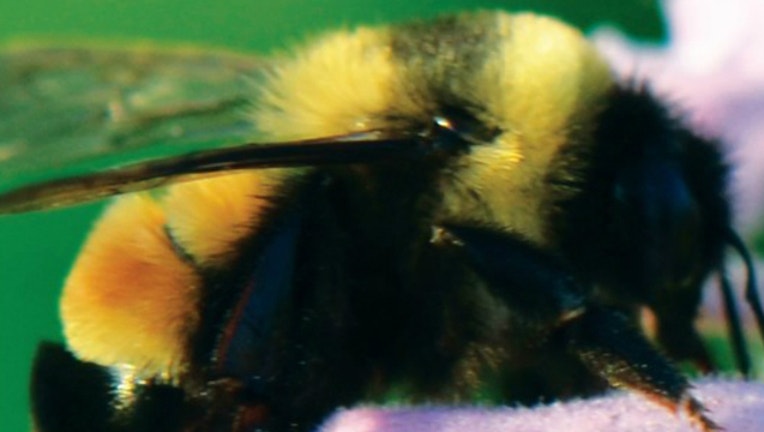 FALCON HEIGHTS, Minn. (FOX 9) - The biggest buzz at the Minnesota State Fair Thursday was at the Department of Natural Resources exhibit where state officials celebrated the new state bee.

This past legislative session, lawmakers designated the rusty patched bumblebee as Minnesota's state bee. Governor Tim Walz signed off on the measure in May.

Designating a state bee helps raise awareness for the bumblebee and other pollinators, facing declining populations. The rusty patched bumblebee is a federally endangered species.

"Our state is one of only 10 where the rusty patched bumblebee is still found, after being lost in 90 percent of its historic range," said DNR invertebrate ecologist Jessica Petersen in a press release.

During the event, a commemorative poster featuring the state bee was handed out to fairgoers.