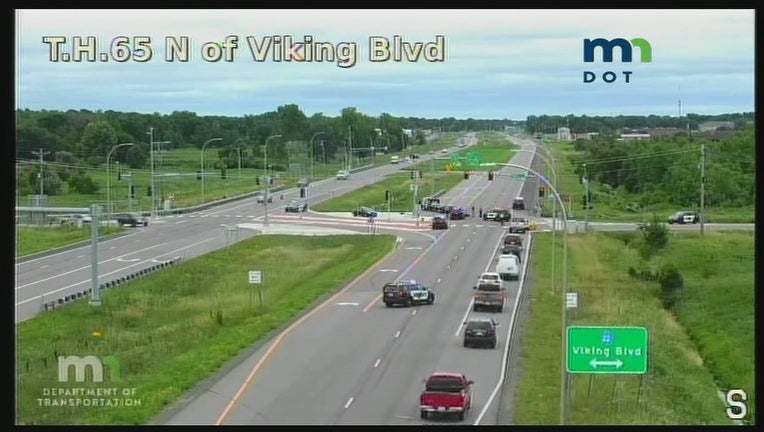 Authorities are investigating a fatal crash on Hwy. 65 in East Bethel, Minnesota.

EAST BETHEL, Minn. (FOX 9) - A motorcyclist was killed in a crash with another vehicle on Hwy. 65 in East Bethel, Minnesota Wednesday morning.

The crash occurred at 11:17 a.m. at the intersection of Hwy. 65 and Viking Boulevard Northeast.

The sheriff’s office says a commercial Dodge flatbed pickup truck towing a trailer was traveling east on Viking Boulevard when it crashed into a Harley Davidson motorcycle traveling south on Hwy. 65. The motorcyclist was ejected.

The motorcyclist died at the scene. Their identity has not been a released.

The driver of the Dodge truck, a 65-year-old Zimmerman man, is cooperating with law enforcement.