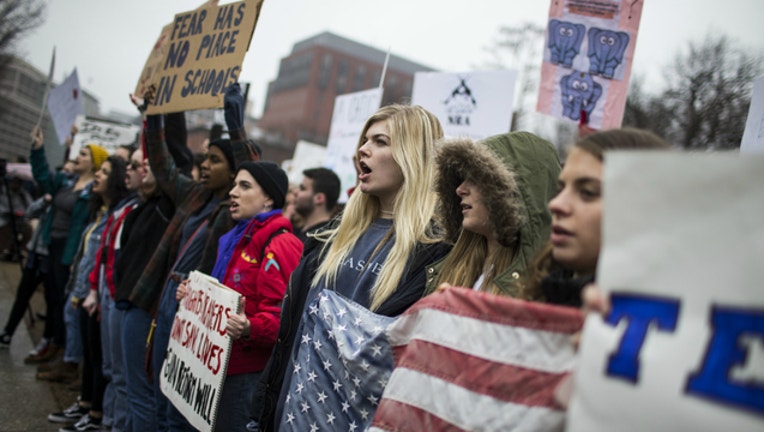 (KMSP) - A number of students at Minnesota secondary schools are joining a nationwide movement calling on legislators for more robust gun safety regulations in the wake of last week's school shooting at Marjory Stoneman Douglas High School in Parkland, Fla.

Students in at least 15 schools in the state have signed on to participate in a nationwide walkout March 14, including a half-dozen from the Twin Cities metro area. It's one of at least two similar events spearheaded by survivors of the Parkland shooting in an attempt to push lawmakers across the country to take action on the issue of gun violence.

The March 14 walkout started as #ENOUGH on social media and was subsequently co-opted by the Women's March youth wing, called EMPOWER, and will consist of a 17-minute walkout meant to honor the 17 students and staff who died in the Feb. 14 shooting.

In addition, a group formed under the moniker "National School Walkout" is organizing a similar event for April 20th to commemorate the 19th anniversary of the Columbine High School shooting in Colorado.

A list on the Women's March website lists the following schools as participating in the March 14 walkout: