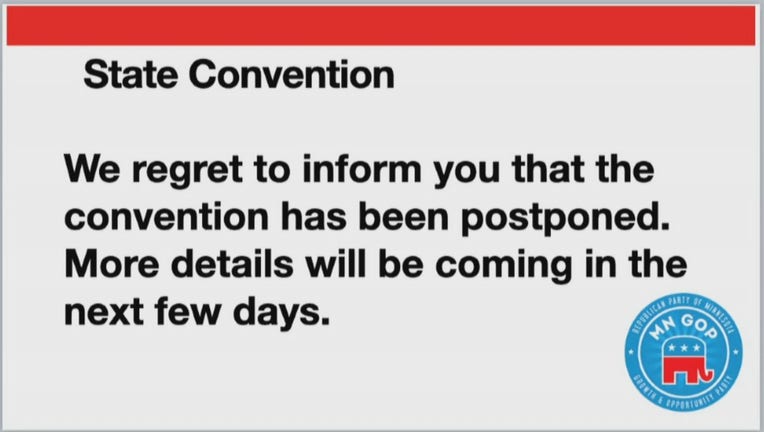 The Minnesota GOP state convention was postponed Saturday afternoon after the party found unusual activity on its voting server.

MINNEAPOLIS (FOX 9) - The Republican Party of Minnesota postponed its state convention Saturday afternoon after an abnormal, “potentially malicious” spike in activity on the party’s voting servers, according to GOP Charirwoman Jennifer Carnahan.

Carnahan said the integrity of their voting system and process is still intact and has not been compromised.

“Our vendor witnessed an unprecedented spike in volume they cannot attribute to normal use of any kind,” she said in a statement Saturday. “This is the same voting technology we have used for at least a dozen other conventions with no issues.”

Carnahan said the Option Technologies is the vendor that brings them the Vvoter system. The party is going to work with Option and law enforcement to determine what happened.

The convention was called to elect national delegates, alternates, presidential electors and to endorse a candidate for the U.S. Senate in 2020.

“We look forward to getting the convention rescheduled,” Carnahan said.