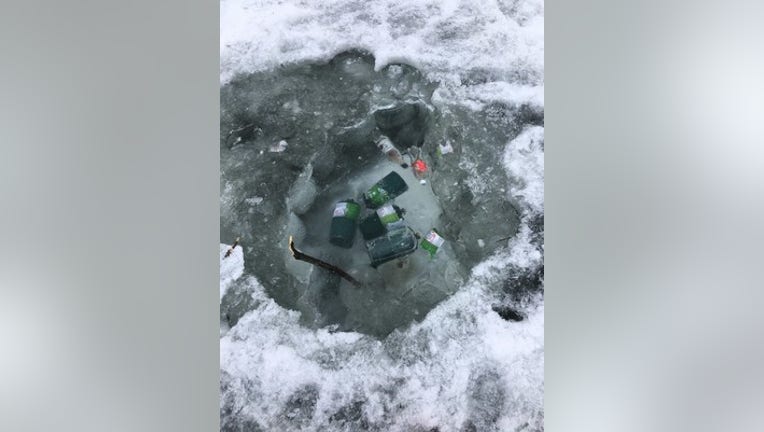 The Minnesota DNR shared this photo of littler left behind after a fish house owner removed their unit. (Minnesota DNR)

(FOX 9) - State conservation officials warn that litter left on Minnesota lakes by ice fishers is posing a looming threat to water quality as the ice melts this spring.

“The only thing they should leave is an imprint in the snow or ice,” said Rodmen Smith, the director of the DNR’s Enforcement Division.

The DNR says officers will be issuing citations to those who leave litter behind. While they cannot monitor every fish house site, crews are patrolling problem areas and are taking complaints from other anglers to find litterers.

“Leaving trash on the ice isn’t a mistake or an oversight – the people who litter make a conscious decision to do it,” Smith said. “They take advantage of the fact that the majority of people care about our lakes and will clean up trash, even if it isn’t theirs.”