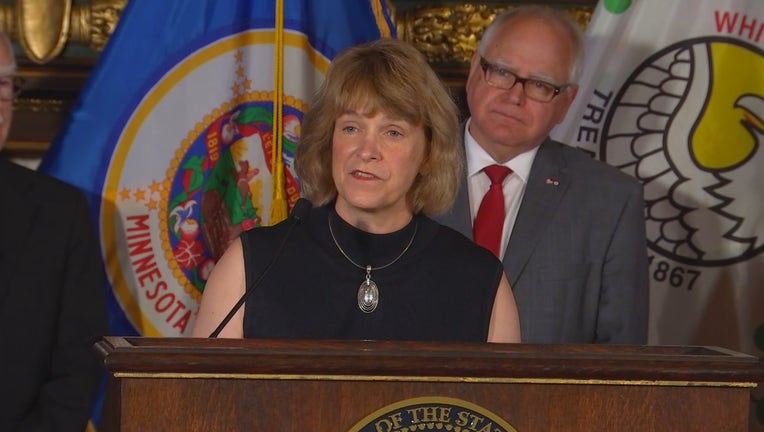 ST. PAUL, Minn. - Minnesota’s biggest state agency got its new leader Tuesday when new human services commissioner Jodi Harpstead took charge, but Harpstead is not in for a warm welcome from everyone.

In her second day on the job, Harpstead is scheduled to face a joint Senate committee that is investigating multi-million dollar accounting blunders, resignations of key Department of Human Services officials, and claims of whistleblowers at DHS. The hearing is scheduled to start at 10 a.m. Wednesday.

Gov. Tim Walz announced he was hiring Harpstead last month. She was previously the chief executive at Lutheran Social Service of Minnesota, a nonprofit that works closely with DHS.

The agency’s problems are numerous. The state must repay the federal government an estimated $73 million in incorrect payments made by DHS in recent years, news reports have indicated. The department has lost four top officials – including its former commissioner – to resignations this summer.

A whistleblower has said she was warned that she could be fired for testifying at a previous Senate committee hearing. And the former DHS medical director, who was ousted this summer, has raised concerns about the agency’s effectiveness.

The interim commissioner, Pam Wheelock, was the lone human services official who testified at the first Senate hearing. Wheelock’s time as the agency’s temporary leader ended Tuesday, when Harpstead took over.