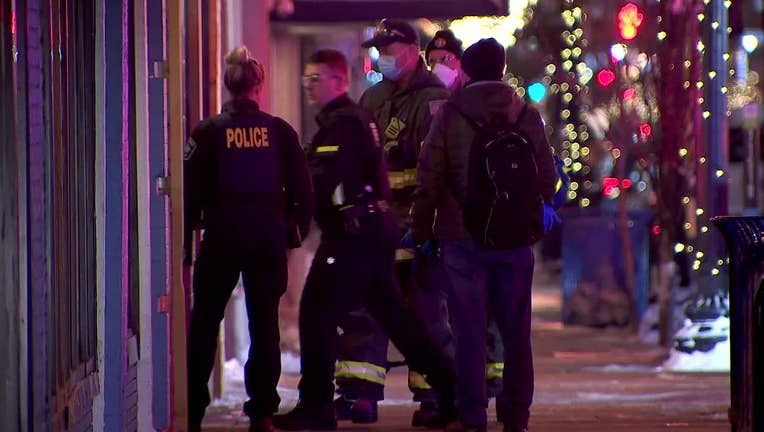 A man was shot in an alley in the Uptown neighborhood of Minneapolis Monday evening, and then ran inside a business.  (FOX 9)

MINNEAPOLIS (FOX 9) - Five people were injured in two separate incidents in the Uptown neighborhood of Minneapolis Monday evening, according to the Minneapolis Police Department.

The first incident happened around 5:20 p.m. Monday. Minneapolis Police say officers responded to a report of a shooting and found a man with "at least one apparent non-life-threatening gunshot wound" inside a business on the 1400 block of West Lake Street, and was taken to the hospital.

Police say preliminary information suggests the man was shot near his vehicle in an alley on the 2900 block of Hennepin Avenue South, noting shots were fired from another vehicle that was also in the alley. The man then ran into the business, and people in the area called 911.

No one has been arrested, and the Minneapolis Police Department is investigating. 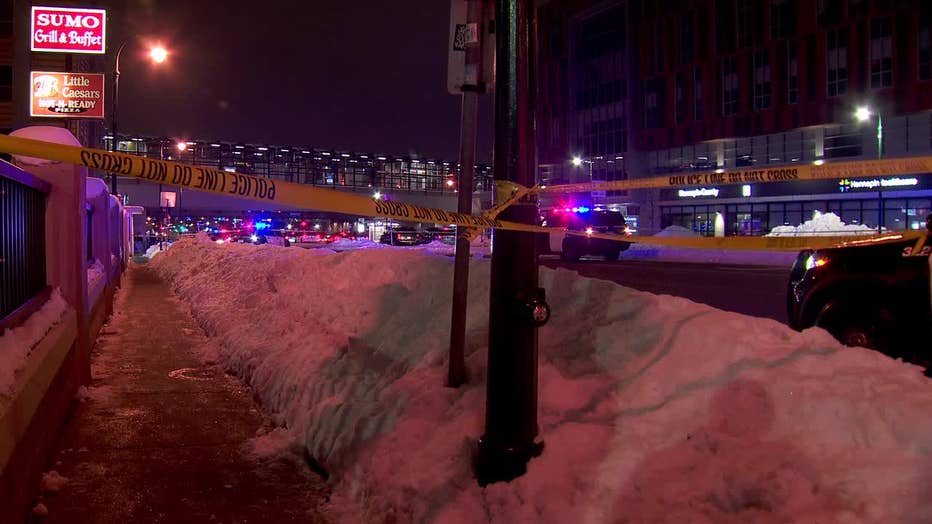 The scene where four people were shot, including a teenage girl, near Lake Street East and 22nd Avenue South in Minneapolis Monday evening.  (FOX 9)

The second incident happened around 8:20 p.m. near Lake Street East and 22nd Avenue South. According to the Minneapolis Police Department, Metro Transit police heard gunfire in the area and identified four victims:

Police believe an altercation occurred between two groups of people, with one group leaving toward the bus stop in the area. The second group then fired shots, got into a vehicle and fled.

Those who were hurt were taken to the hospital.

No arrests have been made and the Minneapolis Police Department is investigating.