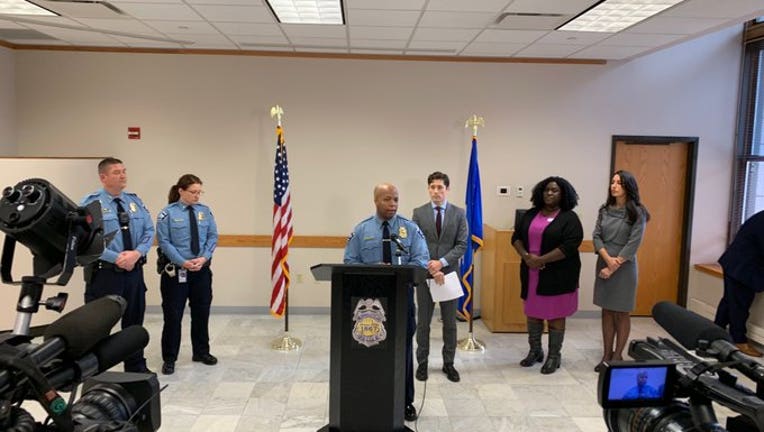 MINNEAPOLIS (FOX 9) - Minneapolis city officials said Friday the police department discovered it had 1,700 untested rape kits as of 2015, much higher than the number it had reported at the time.

Minneapolis city officials said Friday the police department discovered it had 1,700 untested rape kits as of 2015, much higher than the number it had reported at the time.&nbsp;

Arradondo said his department is still investigating how the error occurred.

“We had a failure in terms of the auditing process of those kits,” Arradondo said. “That is unacceptable.”

The department points out the kits have been maintained in cold storage, so the evidence should remain viable. Now, officials are focused on getting every kit tested and are working with the Minnesota Bureau of Criminal Apprehension to fund a new analyst to conduct those tests.

The Hennepin County Attorney's Office is also dedicating a staff member to work solely on this back log. Victims looking for information can contact the following two advocates:

“We realize this is going to cause some renewed pain for people,” said Deputy Chief Erick Fors.

Survivor advocate Abby Honold says sadly, she is not surprised by this discovery.

“I know who was in charge of sex crimes in 2015, which was Mike Sauro, and I know his attitude toward victims,” said Honold. “So while I hope that would never play into accounting of untested rape kits, I’m sure it did.”

Now retired, Lt. Sauro kept his files from that 2015 audit he was in charge of and insists his numbers reflect closer to 1,500 total kits between the years 2000 – 2015 with just over 500 untested for carefully considered reasons.

“I think they are misconstruing some numbers and creating a controversy that doesn’t exist, but we will have to see,” said Sauro.

Current administration, however, says previous counts no longer matter and a new review of untested kits is underway.

“As I stand before you today I don’t have the why, but what I can say is we’re utilizing our energy moving forward to ensure this never happens again,” said Chief Arradondo.