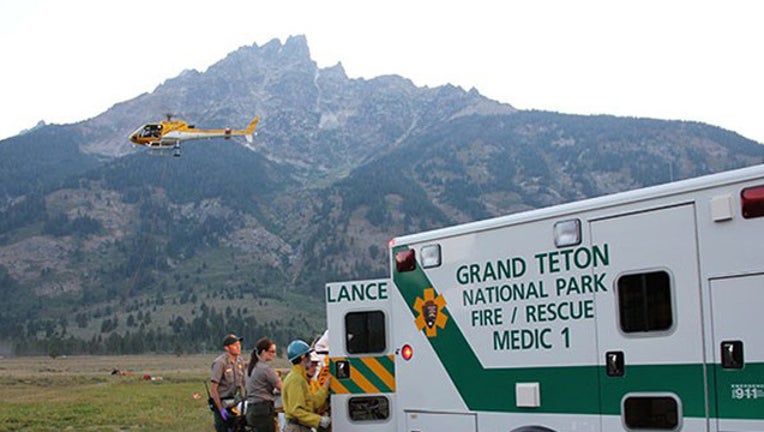 MOOSE, Wyo. (FOX 9) - A Minneapolis man was rescued by Grand Teton National Park rangers Monday after losing his footing falling down over 1,200 feet during a hike.

According to the National Park Service, 35-year-old Jarek Strzalkowski, of Poland but residing in Minneapolis, fell while hiking in snow and rock in the western Wyoming park near Jackson, Wyo.

The Park Service says Strazalkowski’s hiking partner was able to get to the top of the trail to make an emergency call to report the incident around 1:30 p.m. Monday.

Three park rangers were taken to the scene by helicopter where they descended a rope to reach Strzalkowski. They were able to stabilize him and treat his injuries at the scene.

He was flown to Eastern Idaho Regional Medical Center in Idaho Falls, Idaho.

Park rangers warned hikers and climbers in the area to carry an ice axe and crampons due to the lingering snow above 9,000 feet in the park.