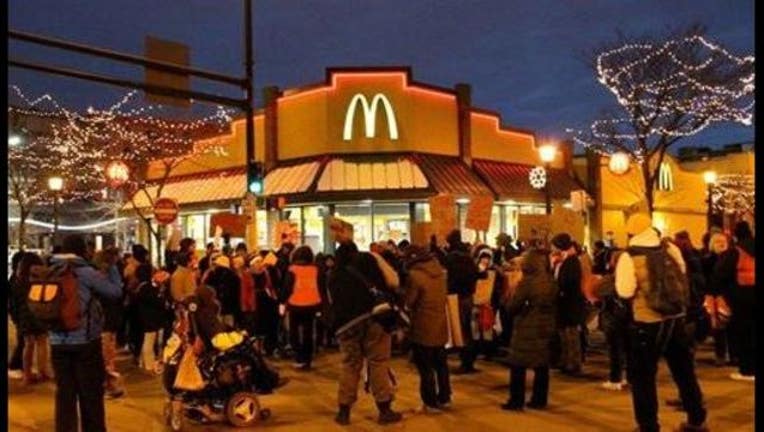 The infamous McDonald's location in Uptown has made an agreement with the City of Minneapolis to close the dining area and lobby early on weekend nights, after 400 police responses at that address in 2014.

The 2929 Hennepin Avenue location statistically has had double the amount of police responses than any other McDonald's restaurant in Minneapolis. Due to the high amount of bars in the area, the restaurant gets packed with people around bar close on the weekends – often causing trouble.

In November, a big altercation occurred between a drunken customer and an employee, forcing police intervention.

Following that, business license inspectors "observed people sleeping in the lobby, the lobby was unkempt, and observed people loitering without consuming food," city documents said.  "A review of past police incidents showed a high number of patrons that were described as intoxicated and having drug paraphernalia."

1. Hire an officer to work security on Friday and Saturday nights and close the dining area/lobby from 2 to 5 a.m.

2. Don't hire an officer and close down the dining area/lobby from 1 to 5 a.m. Thursday to Saturday.

Both plans require Minneapolis Police to train the employees on security issues. "No Trespassing" signs and security cameras will remain on the property.

The drive-thru window will continue to stay open 24 hours a day.