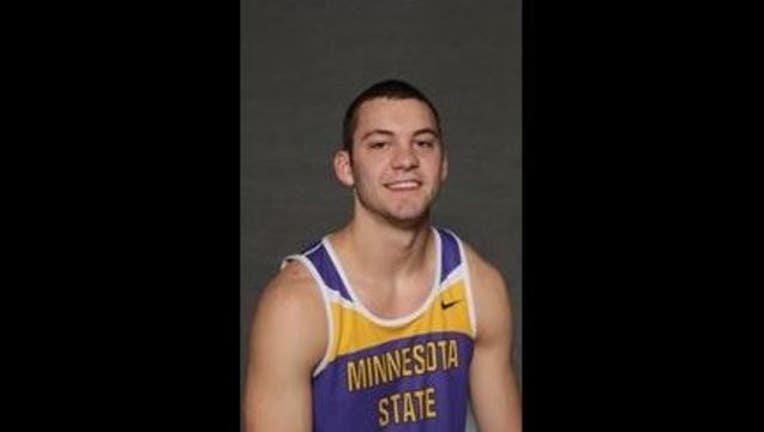 REDWOOD COUNTY, Minn. (KMSP) - Staff and students at Minnesota State University - Mankato are mourning the loss of athlete Jeff DeCock after he was killed in a crash Tuesday morning in Lamberton, Minnesota.

The Minnesota State Patrol and the Redwood County sheriff’s office responded to a crash on Highway 14 where a tractor heading east attempted a left turn onto gravel road, and the attached fork collided with DeCock, who was heading west in a Dodge Charger. DeCock was wearing a seat belt, and it is unknown if alcohol was involved.

The tractor driver, a 55-year-old man from Revere, Minn., was not injured, and he was not under the influence of alcohol.

DeCock was a member of the Maverick men's track & field program where he captured Northern Sun Intercollegiate Conference indoor championships in the high jump in 2016 and 2017. According to a release, he placed 14th at the 2016 NCAA Division II Indoor Track and Field Championships.

"We are profoundly saddened by Jeff's sudden passing. He was an outstanding student-athlete and made a positive impact on our program and those around him.  We offer our condolences and heartfelt sympathies to Jeff's family, friends, teammates and coaches."

The student’s coach also took to Facebook to mourn the loss, writing that DeCock was “a conference champ, nationals participant and even more importantly a great dude and he’ll be forever missed by the Herd.”