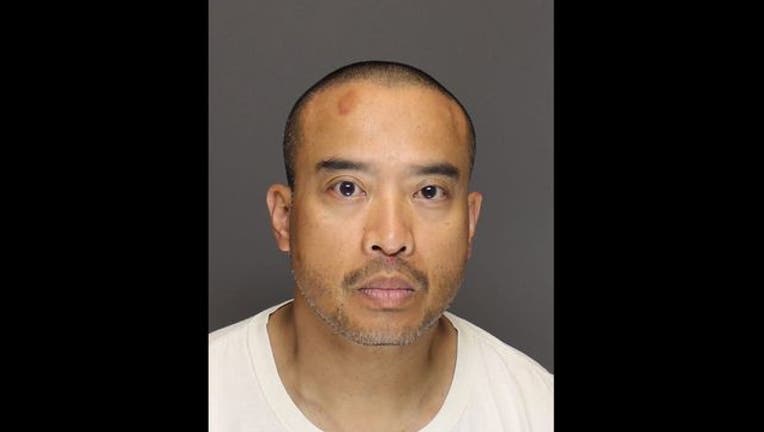 Lucifer Nguyen, 44, of New Hope has been charged with murder in the killing of Beverly Cory, 48, in an office suite in Mendota Heights.

HASTINGS, Minn. (KMSP) - A 45-year-old New Hope man pleaded guilty to murdering a woman in a Mendota Heights business center last summer, an incident that came on the heels of a police chase and subsequent standoff at a senior care facility.

According to the criminal complaint, on the morning of July 29, Nguyen went into a home in Mendota Heights and robbed a woman at gun point. After leaving the home, he led police on a short chase before crashing his vehicle and going into a senior care facility. While officers responded to the scene, Nguyen slipped away into a nearby office building, where he fatally shot 48-year-old Beverly Cory. He left in Cory's vehicle and was arrested by authorities two days later.

Dakota County Attorney James Backstrom says Nguyen will be sentenced to 45 years in prison, but could be released under supervision after 30 years.

Nguyen will be sentenced on Friday, May 11.