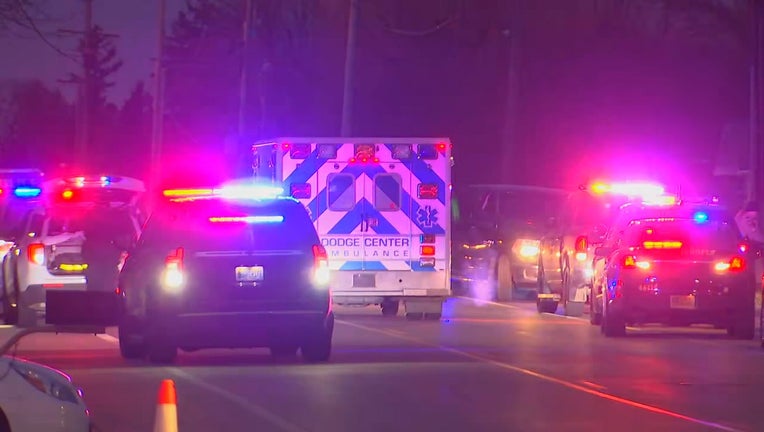 PRIOR LAKE, Minn. (FOX 9) - Police say a man was taken into custody on Monday after a domestic dispute led to a standoff and emergency team response in Dodge Center, Minnesota.

The Dodge County Sheriff's Office says deputies responded shortly after 11 a.m. for the incident at a home on the 500 block of 3rd Avenue NW. Deputies say people within the home told them there had been a physical altercation involving a 65-year-old man and his roommate. Deputies say after getting into a fight, the 65-year-old man, who struggles with mental illness, went to a safe and grabbed a gun, threatening to harm others.

Thankfully, the other people in the home were able to escape without injuries. When deputies arrived, however, they spotted the man holding a long gun. Around noon, deputies say he came out of the home and threatened law enforcement officers before going back inside.

As deputies worked to negotiate, a nearby school district was placed on lockdown, and neighbors were evacuated from their homes.

With help from drones and a robot that brought a cell phone to the man, deputies tried to encourage him to leave peacefully. However, it wasn't until deputies got a warrant and breached a window on the side of the home. At that point, the man walked out of the home and surrendered, shortly before 5 p.m.

He is being held in jail and will face charges for the incident.