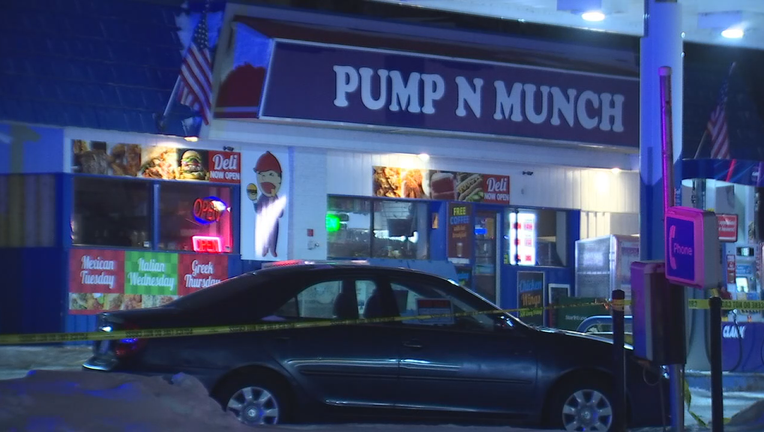 The scene of a Wednesday night shooting that killed a man in Brooklyn Center, Minnesota.

BROOKLYN CENTER, Minn. (FOX 9) - A man is dead after a shooting at a Brooklyn Center gas station Wednesday night.

According to Brooklyn Center Police, a man was found dead with a gunshot wound around 8:15 p.m. Officers and paramedics tried to administer life-saving measures that were unsuccessful. He was pronounced dead at the scene.

Nobody is in custody and an investigation is ongoing. The homicide is not believed to be random.

The shooting occurred at the gas station on the 1500 block of 69th Avenue North.