MINNEAPOLIS (FOX 9) - Residents in south Minneapolis may notice a low-flying plane in their area Wednesday as the Minnesota Department of Agriculture treats a gypsy moth infestation detected in the area last fall.

Officials starting conducting the aerial treatment in parts of the Keewaydin and Wenonah neighborhoods early Wednesday morning. The treatment area is southeast of Lake Nokomis, bordered by East 53rd Street to the north, Highway 62 to the south, 23rd Avenue South to the west and 35th Avenue South to the east. 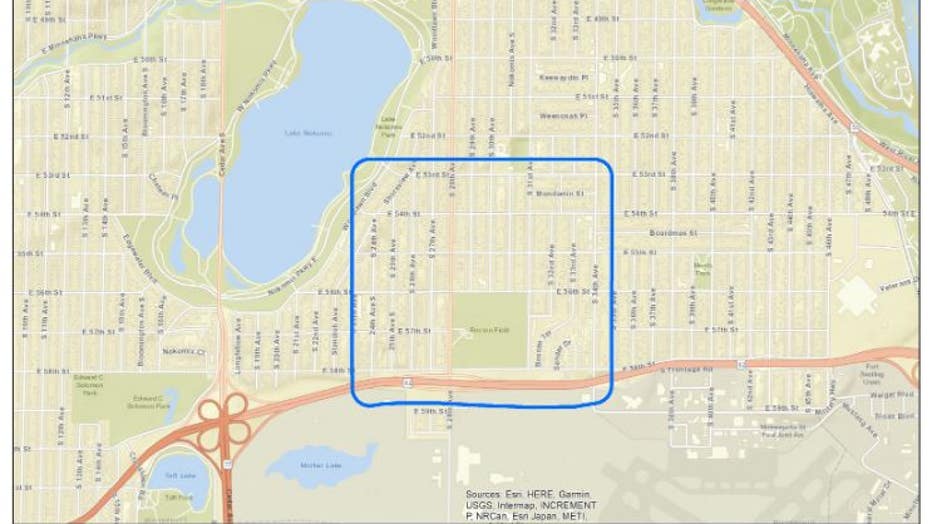 Wednesday’s aerial treatment is the first of two the MDA is applying over the area. The second will take place in five to 10 days.

The product they are using to treat the gypsy moth infestation, bacillus thuringiensis var. kurstaki (Btk), is a biological product that is organic certified for food crops. It has no known health effects for humans, pets, birds, fish, livestock, bees and other non-caterpillar insects. However, residents may wish to stay indoors during the treatment and keep windows closed for up to half an hour after it has been applied.

The residue does not cause damage to outdoor surfaces, but soapy water will remove any residue on outdoor items.

The MDA has set up an Arrest the Pest Info Line at 1-888-545-MOTH, which residents can call for the latest details about treatment dates and times.
Gypsy moths are among America's most destructive tree pests. If present in large numbers, gypsy moth caterpillars can defoliate large sections of forest. Oak, poplar, birch and willow are among their preferred hosts.

The moths spread slowly on their own, but people can unintentionally help them spread by transporting firewood or other items on which the moths have laid their eggs.