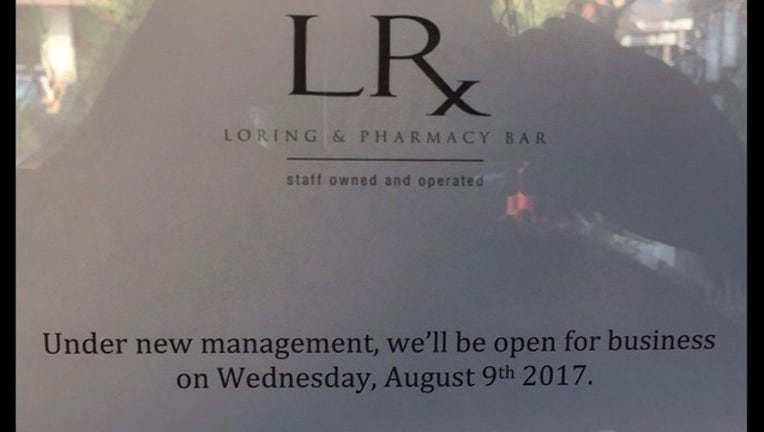 MINNEAPOLIS (KMSP) - Loring Pasta Bar, a popular restaurant in the Dinkytown neighborhood of Minneapolis, abruptly closed on Monday with an announcement of new management.

A sign posted on the door announced the restaurant is under new management and will reopen on August 9 as Loring & Pharmacy Bar. A worker confirmed the transition with Fox 9. The new establishment will be "staff owned and operated."

Updates on the restaurant's Facebook page also reflected the change.