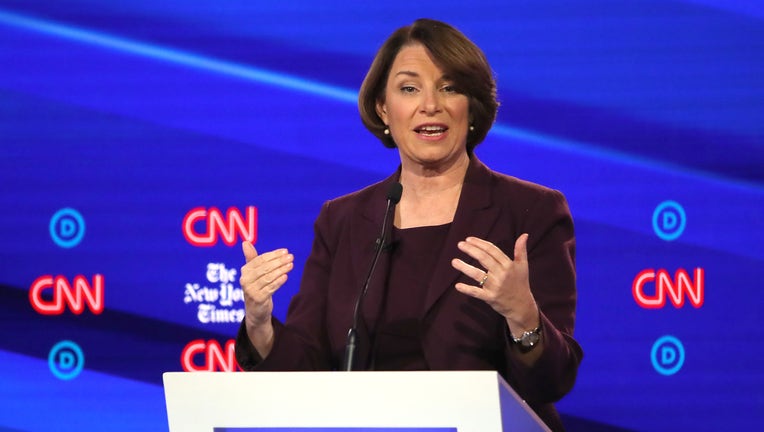 According to the campaign's statement, it was the Minnesota Senator's best day of online fundraising to date, even surpassing the numbers following her campaign announcement in February.

The campaign added that it collected more sign-ups Wednesday than on any other day during her presidential bid.

"In last night’s debate, Amy Klobuchar took the fight to Donald Trump and outlined a clear optimistic agenda,” said Amy For America Campaign Manager Justin Buoen. "Clearly her message is resonating with Americans who are fed up with the noise and nonsense coming out of Washington. In the 24 hours following the debate, the campaign raised $1.1 million and saw a massive spike in organic signups to join our team heading into a critical stretch of this primary. We look forward to building on this momentum as we continue to make investments in our early state infrastructure and work to build a grassroots operation that can win big in 2020.”

Klobuchar made waves on the Ohio debate stage by arguing for more moderate policy proposals, which put her at odds with some of the candidates to her idealogical left, particularly Sen. Elizabeth Warren.

Her campaign now faces the challenge of finishing high enough in the polls to earn her way onto the next debate stage in November.