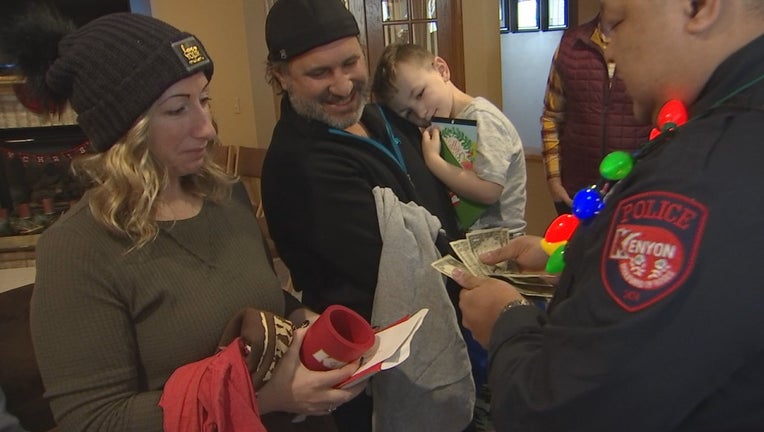 Jack's family begins tearing up after being surprised with the gifts.

KENYON, Minn. (FOX 9) - One local police officer playing Santa brought tears to the eyes of a local family whose son is celebrating after beating cancer at the age of 5.

For Officer Mike Nguyen, it all started eight years ago when he was patrolling and came across a man with no home and no family. He realized he can and would do something to make the holidays better for people like that.

One local police officer playing Santa brought tears to the eyes of a local family whose son is celebrating after beating cancer at the age of 5.

The community tells him about families in need, he picks the stories that inspire, and the rest is history.

"Just trying to make their Christmas a little better than what they would expect," said Officer Nguyen.

He’s been doing that for the last eight years.

"I always say I am the conductor of this project because the real orchestration are all the people that donate to this cause," he said. "That is the orchestration -- that is the music." 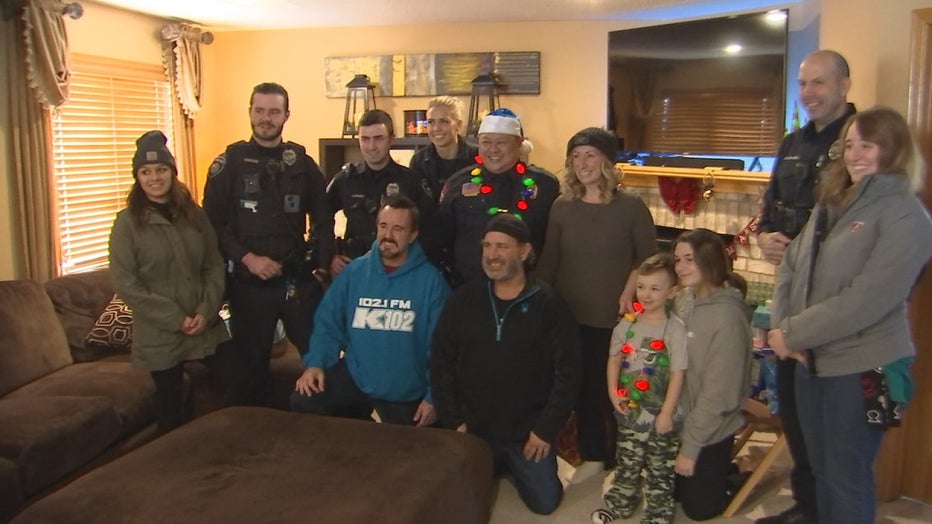 Jack and his family pose for pictures with Kenyon police officers. (FOX 9)

He calls the project “Christmas to a Family.” With the help of the community, a family is selected, gifts and donations are collected, and the family is surprised.

"Once we go Facebook Live, the family is going to switch over to the Facebook Live and they’re going to be surprised that we are on the way to their house," said Officer Nguyen. "Okay, let's deliver Christmas to a family."

This year, it's 5-year-old Jack and his family. Two weeks ago, Jack finished treatment for leukemia, which he has been battling for three years.

“One, two, three, four, five, seven, eight dollars,” Officer Nguyen counted while handing bills to Jack’s mom. “I want you to grab this. Close your eyes -- all of you close your eyes. You’re holding eight dollars. I want you to times that by 1,000. What do you get? $8,000 is what people have donated for Christmas to a Family.”

"You worry about him every day, and mom does a great job taking care of him," said Jack's dad Bill Cook. "And behind the scenes, you worry about how you’re going to pay for everything. And it never stops, so this is amazing."

The end of treatment was a gift the family had been hoping for. But the arrival of Officer Nguyen and his team is a gift they never saw coming.

Along with the gifts, they also got tickets to the Twin Cities Summer Jam and tickets to go see Luke Combs. Jack is in remission, but he still has to go in every month to make sure he's staying cancer-free.