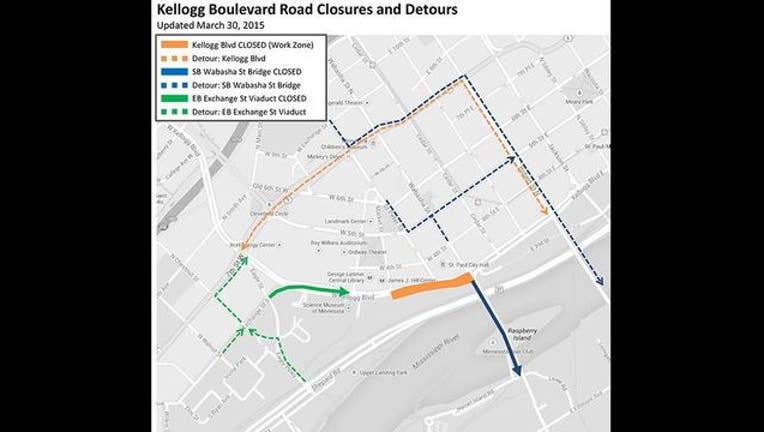 The Kellogg Boulevard bridges reconstruction project is beginning in St. Paul today, April 1. The project will affect roads through November 2015.

It has been more than 80 years since the construction of the two bridges. Originally built in the 1930s, these bridges are among the 10 most deficient bridges owned by Saint Paul.

"Kellogg Boulevard in downtown Saint Paul is made up of several complex and relatively unknown bridges, which were designed to seamlessly integrate with the surrounding sidewalk, roadway, utilities and buildings," the city said in a press release.

Local access to parking facilities and businesses will be maintained throughout construction.

Southbound lanes on the Wabasha Bridge

Posted detours will redirect traffic along 7th Street and Robert Street. (A map of the road closure and detour is available at www.stpaul.gov/Kellogg)