Biden will be in Atlanta to headline a drive-in rally in support of Jon Ossoff and the Rev. Raphael Warnock.

ATLANTA - With the battle for the Senate on the line, President-elect Joe Biden is coming to Georgia Monday to encourage voters to go to the polls and support the Democratic candidates.

Biden will be in Atlanta to headline a drive-in rally in support of Jon Ossoff and the Rev. Raphael Warnock.

The president-elect's visit comes a day after Vice President-elect Kamala Harris came to Savannah for a rally.

"You have a decision to elect two United States senators," Harris told a crowd of beeping vehicles. "When we vote, things change!  When we vote, we win!"

After a record-breaking early voting period, the Democrats are now focusing on getting their voters to the polls Tuesday, sending thousands of volunteers around the state.

In Savannah, Harris condemned President Donald Trump's call to Secretary of State Brad Raffensperger, saying that he shows a voice of desperation.

"It was a bald, bald-faced, bold abuse of power by the president of the United States," she said.

Democrats are looking to prove that President-elect Joe Biden’s win in Georgia and nationally was not just a Trump backlash, but a permanent shift for a once-solidly Republican state. 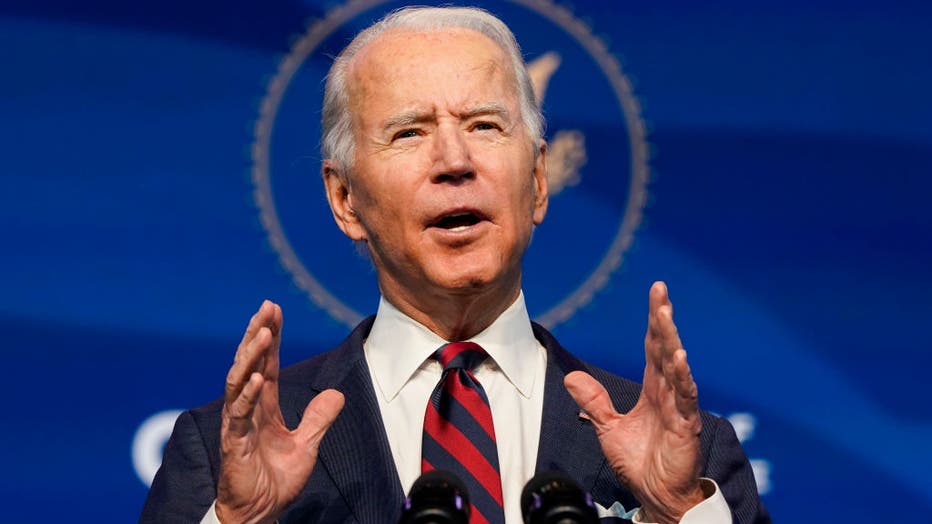 President-elect Joe Biden announces members of his climate and energy appointments at the Queen theater.

Republicans need to win just one of the two seats on the ballot to maintain Senate control. Democrats need to win both for a 50-50 split that would make Harris, as the Senate’s presiding officer, the tie-breaking vote.

"You deserve a senator who has your back not just when it's time to answer to the people, but at all times. And when so many are suffering, you send me and Reverend Warnock to the Senate, we will pass those $2,000 stimulus checks because families need help staying in their homes and staying on their feet," Ossoff said.

Oprah is also weighing in on the eve of the runoff election, scheduling a virtual town hall featuring Stacey Abrams and Rep. Nikema Williams.