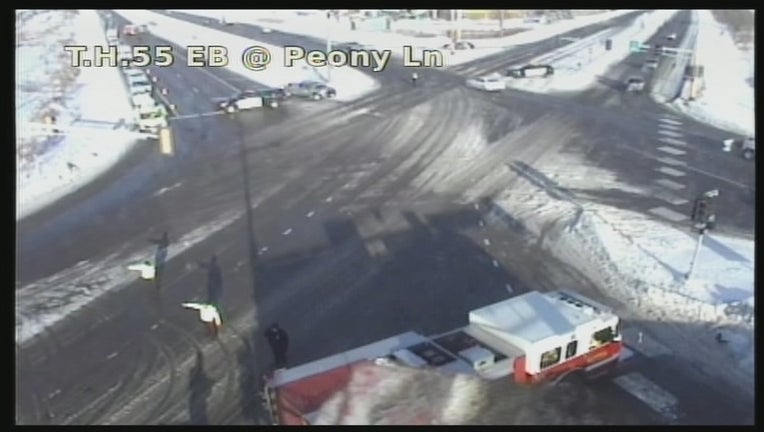 A driver is dead after a crash involving a semi in Plymouth, Minnesota Tuesday morning. (FOX 9)

PLYMOUTH, Minn. (FOX 9) - A crash between a semi and a Jeep in Plymouth, Minnesota Tuesday morning left one driver dead.

The crash occurred shortly before 9 a.m. Plymouth Police Department spokesperson Tammy Ward said a semi was traveling eastbound on Highway 55 when it struck a Jeep traveling northbound on County Road 101.

The driver of the Jeep died in the crash. There were no passengers in the vehicle.

The Minnesota State Patrol is assisting the Plymouth Police Department with the investigation.