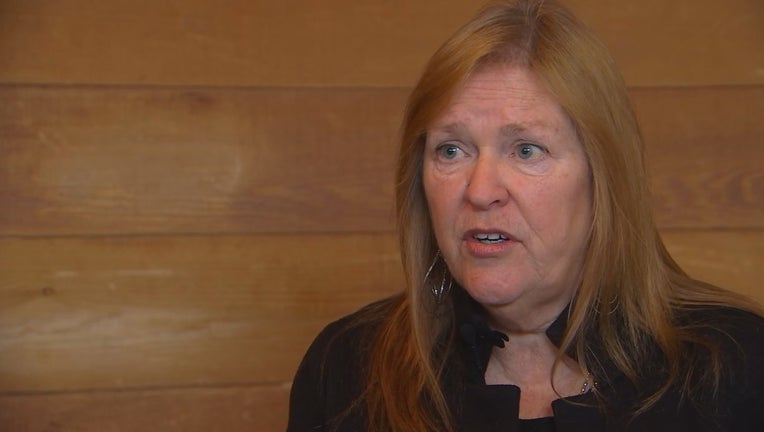 Jane Sanders told hundreds of people that her husband would fight to "end this epidemic" and change the culture in the U.S. toward minority groups. She accused President Donald Trump of making the issue worse.

"Violence against women is an epidemic," Sanders said in an interview. "We have a culture of impunity in this country right now more than ever with the current occupant of the White House."

Minnesota's presidential primary is March 3, and early voting has been open for four weeks. The Sanders' campaign has made inroads in Minnesota, despite the presence of U.S. Sen. Amy Klobuchar in the race.

Bernie Sanders and Pete Buttigieg are running ahead of the 2020 Democratic field in the delegate count. Sanders narrowly won the New Hampshire primary earlier this week over Buttigieg.

"We hope to win," Jane Sanders said, when asked what the campaign's definition of success would be in Minnesota, even if Klobuchar remains in the race. Bernie Sanders won the state easily over Hillary Clinton in 2016, though the primary is more muddled with eight candidates this year.

Friday afternoon's march happened as a new task force studies the issue of missing and murdered Native women. The state Legislature and Gov. Tim Walz created the panel in 2019.

Community groups and law enforcement officials have said sexual assaults and abductions of Native women are higher than for other minority groups and are historically undercounted.

Walz said Minnesota is failing its Native communities until it solves the issue.

"We will not be 'One Minnesota' until that happens," Walz told a crowd before Friday's march.

The task force's recommendations are due in December. It would then be up to the Legislature to fund any of the proposals.

"I think the clearest thing is this is a very deep issue," said Nigel Perrote, the tribal liaison at the Minnesota Department of Public Safety and the task force's coordinator. "It’s not just about the public safety perspective of what these victims are getting."