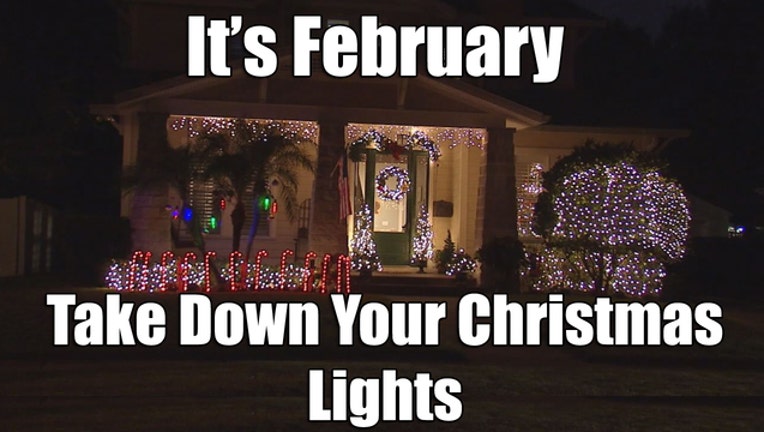 It’s February. Time to take down your Christmas lights.

New Year - same debate - when do you take down your Christmas lights?

Some people say as soon as the holiday is over - they’re called Christmas lights for a reason, right? On December 26, get out the ladder and down come the lights.

Some like to wait until January 6th, the day of the Epiphany, when the traditional Christmas season comes to an end.

Others follow a more modern calendar – put them up the week after Thanksgiving and take them down the first week of the New Year.

In recent years, is seems like Christmas lights go up earlier and earlier as retailers try to get a head start on their busiest season.

It’s now February 1, 2016. Christmas 2015 has been gone for over a month…Groundhog Day is around the corner…40 some days until spring…and some houses still have their lights up.

How long is too long?