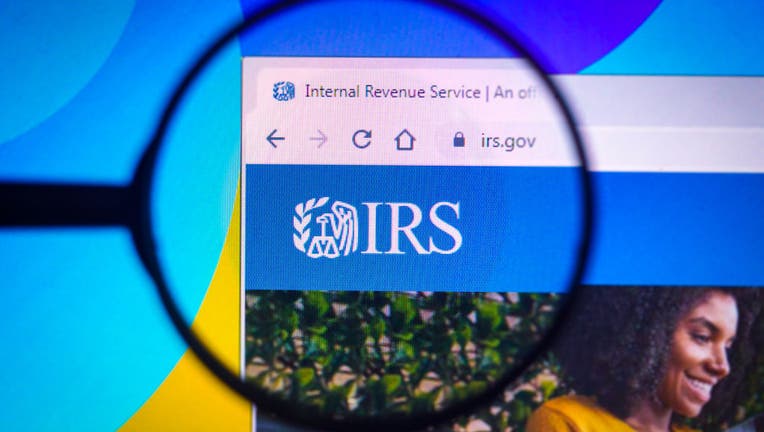 BRAZIL - 2022/05/22: In this photo illustration, the homepage of the Internal Revenue Service (IRS) website seen on a computer screen through a magnifying glass. (Photo Illustration by Rafael Henrique/SOPA Images/LightRocket via Getty Images)

WASHINGTON - The IRS has been increasing its audit rates for earners making $100,000 or more based on data starting from the 2021 fiscal year.

The IRS said "resource constraints" have limited the agency’s ability to conduct audits against high net worth individuals as well as major corporations and complex businesses," according to a statement released in May.

"Audit rates for taxpayers with incomes of more than $200,000 decreased the most, largely because higher-income audits tend to be more complicated and require auditors to manually review multiple issues," Ken Corbin, chief taxpayer experience officer for the agency, told the House Oversight Subcommittee in May.

The report found that Americans making more than $5 million per year only had a 2% chance of being audited, according to the report.

The most recent announcement by the IRS comes as Democratic leaders push to boost taxes on some high earners and use the money to extend the solvency of Medicare.

Under the latest proposal, people earning more than $400,000 a year and couples making more than $500,000 would have to pay a 3.8% tax on their earnings from tax-advantaged businesses called pass throughs. Until now, many of them have been using a loophole to avoid paying that levy.

That would raise an estimated $203 billion over a decade, which Democrats say would be used to delay until 2031 a shortfall in the Medicare trust fund that pays for hospital care. That fund is currently projected to start running out of money in 2028, three years earlier.

Most U.S. businesses are pass throughs, which include partnerships and sole proprietorships and range from one-person law practices to some large companies. Owners count the profits as income when they pay individual income taxes, but such companies do not pay corporate taxes — meaning they avoid paying two levels of taxation.

With November elections for control of Congress approaching, Democrats hope the two proposals will be a remedy for a campaign season that so far looks bleak. Republicans are favored to win a majority in the House and could do the same in the Senate.

The Associated Press contributed to this story. It was reported from Los Angeles.