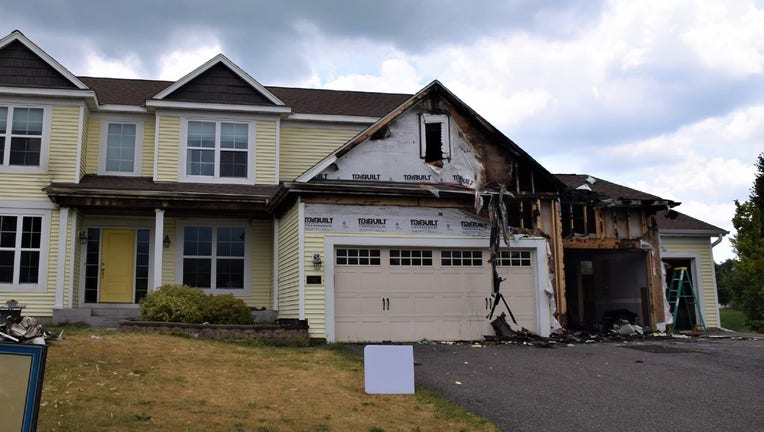 Fireworks that were improperly disposed of caused a house fire in Forest Lake, Minnesota, according to state fire officials. (Minnesota State Fire Marshal)

Chief Newman said a neighbor returning home just after midnight early Monday morning saw a glow coming from the home, realized it was a fire and called 911. Neighbors and law enforcement knocked the door and the family inside got out safely.

Firefighters from multiple agencies responded and were able to contain the fire to the front of the home and garage, keeping it away from the living area.

Investigators quickly determined fireworks in a recycling bin had reignited, causing the fire.

While the resident did put water on the fireworks before discarding them, Chief Newman says fireworks need to be soaked in a five-gallon bucket of water for 24 hours before they can be safely thrown away.

With the Fourth of July soon approaching, Chief Newman hopes residents can keep this safety tip in mind while enjoying the holiday.