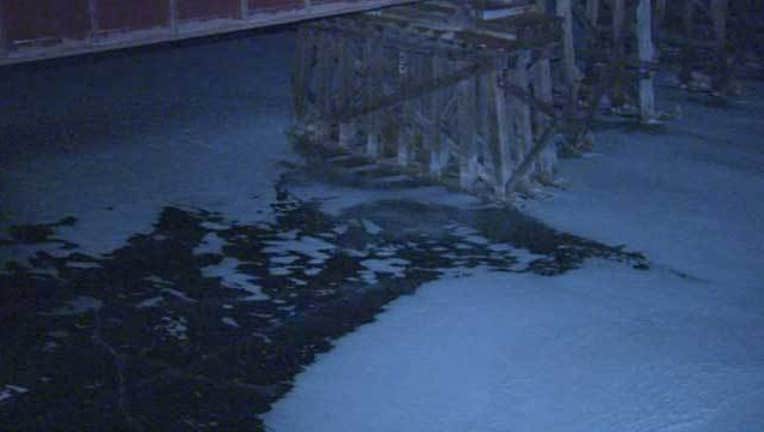 A man climbed onto a slab of ice after his truck broke through the ice Wednesday night on Lake Minnetonka. Neighbors heard the man yelling for help and made a life-saving 911 call, but the man's dog was trapped inside the sinking truck and did not survive.

Four Hennepin County sheriff's deputies formed a human chain to reach the driver, lying flat on the ice to distribute their weight. The victim was conscious when he was taken by ambulance to North Memorial Medical Center.

The incident happened at about 8:20 p.m. near the Arcola Bridge. Ice under bridges is thinner than in other areas of the lake.