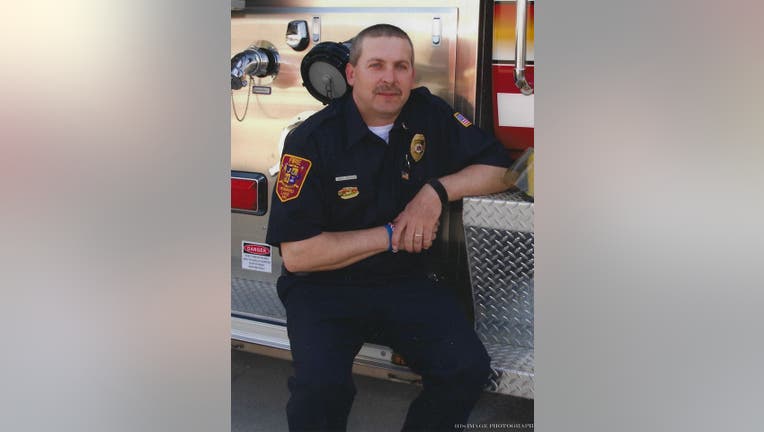 Drusch died early in the morning on Monday at his home approximately 12 hours after responding to an emergency call, according to a statement from the Minnesota Fire Service Foundation.

Drusch was a 30-year veteran of the Howard Lake Fire Department and Ambulance and had served as the fire chief since 2014. He leaves behind his wife, Julie, and 15-year-old son, Taylor.

“Minnesota fire service came together to pay honor and respect to one of their own that lost his life. He was a great fire chief, a great member of this community, beloved by his firefighters and his department and the city,” said Jay Wood, President of the Minnesota Fire Service Association.

The Howard Lake Fire Department is a family affair; Drusch has four members of his extended family serving in the department in various capacities.

“It is with heavy hearts that we announce the unexpected passing of Fire Chief Daryl “Taddy” Drusch,” the fire department wrote on Facebook.

On Tuesday afternoon, a procession transported Drusch from the medical examiner’s office in downtown Minneapolis to Swanson Peterson funeral home in Cokato. Fire departments along the route were positioned on overpasses or alongside the highway to pay their respects to Drusch.

Details on the final arrangements and memorials for Drusch have not been released.